This page is about the Valkyrian group. For the base, see Valkyria (base).

Valkyria was considered to be a powerful group from 2013 that was responsible for the first three Spawn Incursions. They had many iconic bases on the server itself. The group's symbol is an obsidian bird, which is considered to be one of the most iconic symbols on the server itself. They had many names such as the Valk group, Valkyrians, Asguardians, alongside the Incursion Group, they were all the same thing. They were marked by having intimidating numbers and fully armed for pvp members as well as great builders/redstoners on their side. They dominated spawn for months on three occasions and built several of the biggest and most populated bases of the server. Valkyria in short was a merging of small groups and bases such as Anatolia, Hitlerwood, Legion of Shenandoah and Gape Basegroup. 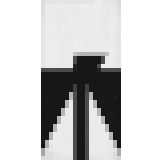 Valkyria started during a temp-map in 2013, where members of the two bases met and socialized. Those two bases where Anatolia, whose members where Sato86, Drewbookman, and Pyrobyte, and Hitlerwood, founded by Coldwave, hinderjd, and zach339. When the server map returned to normal, the two groups decided to start a new base. This base would be named "Valkyria", and was founded in April 29th, 2013.

The group had a lot of Facepunch Republic ideals and what prevented the group from being destroyed by anti-Facepunchers was the 1.4.7 dupe. The 1.4.7 dupe is what gave Valkyria the power and supplies to become a formidable force on the server. The group began gaining new members as friends of friends wanted to join the Valkyria base project. Valkyria demonstrated their dominance on the server during the First Incursion, invading spawn and killing members from rivaling factions and newer players.

The group moved on from Valkyria and they showed their dominance once again in the Second Incursion against newfags who came from an IGN article on 2b2t with Drewbookman, Pyrobyte, Dr.Cash, and Kinorana to lead the reigns. They also hired more members at spawn and built more bases.

The group fell for the first time when several Valkyrian bases, such as Asgard, got found and or griefed before their completion by popbob. This made several members give up on the initiative and leave the group or quit the server entirely. When 2b2t was taken offline for a brief period, iTristan established an alternative server called 3b3t, where much of the playerbase would reconvene when 2b2t got too laggy. This risk-free fresh start made it possible for existing alliances between players old and new to be fully realized at a base called Nova, also known as West Novadelphia. When 2b2t returned, the group that solidified at Nova went on to complete Fenrir, a base project that had been started in June 2014, prior to the server's downtime and finished in February 2015.

In March 2015, the group founded Asgard II, in remembrance of its failed predecessor. Asgard II was the most populous known base on the server at the time, with over 30 members. Bolstering the member count was the integration of the Legion of Shenandoah, who had previous ties with the Valkyrians but until this point had not been officially involved. As the membership of the base grew, so did its scale and magnificence. However, Asgard II did not last as the coords were leaked just over a month later in April of the same year. When the group realized their base was in danger, they decided to grief it themselves as to prevent others from claiming the glory of destroying the famous base.

The circumstances surrounding the demise of Asgard II were shrouded in mystery for years even to its former residents, but it was discovered in August of 2019 that base member Pyrobyte accidentally leaked the coords while sharing a screenshot in a Skype group chat. To prevent tarnishing his reputation, he went to great lengths constructing an elaborate cover story of an anonymous leak to obscure his mistake. Feeling guilt over what transpired, Pyrobyte decided to capitalize on the anger and frustration of the base’s members and worked with Sato86 to initiate the Third Spawn Incursion. He utilized resources such as infinite or “inf” ender chest blocks to generate massive amounts of obsidian for the construction of a massive monument and fortress at spawn, Wrath Outpost. Wrath was originally meant to be only the first in a series of spawn bases, each named after one of the Seven Deadly Sins and built as the previous was destroyed. However, that plan was unnecessary as the scope of Wrath expanded significantly. In the center of Wrath, at the base of the Spawn Beacon, Pyrobyte placed two blocks of bedrock, obtained from a previous server backdoor.

The members of the 3rd Incursion killed hundreds of players at spawn, both newfags and enemies of the group such as jared2013 and Oremonger. Besides Wrath Outpost, other builds such as the public Volunteer Base and the private FOB, or Forward Operating Base, were constructed to serve the needs of the Incursion. With the resources Pyrobyte provided, these structures were extravagantly decorated with riches and valuables to demonstrate the power and wealth of the group. The Third Incursion had a set duration of one month, and its members were able to completely dominate spawn during this time.

Once the Incursion ended, Valkyria began to dwindle. Most of the Facepunch members had left 2b2t by this point and players began to move on, forming other bases such as Aureus City.

Retrieved from "https://2b2t.miraheze.org/w/index.php?title=Valkyria&oldid=60463"
Categories:
Cookies help us deliver our services. By using our services, you agree to our use of cookies.