Pugman2013 is a newfag who joined in August 2020, he is known for being part of "The Invincibles", PvP'ing at spawn, fixing highways and raiding stashes with his friend Pelle15.

Pugman2013 joined in August 2020, but wouldn't play actively until December 2020 when he returned with a plan on how to escape spawn. He immediately went to the nether and after being killed and portal trapped a lot he eventually got onto the +X diagonal highway. He started his first base 30k out and was griefed 2 weeks later, he then built another 50k out which was be found by a player named R1CKSON. Instead of griefing the base, R1CKSON left a chest of kits and a book which Pugman2013 still owns currently. This event made Pugman2013 start book collecting and motivated him to play the server in general, Pugman has stated that "If it wasn't for him i would of left the server for good" 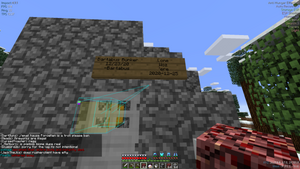 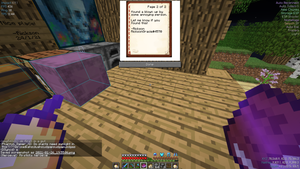 Base Hunting and Spawn PvPing

Pugman2013 went base hunting with the kits and found some dupe stashes; increasing his gear yield and becoming a capable player. 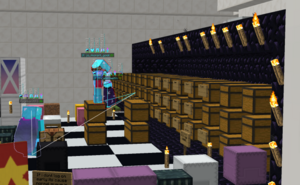 The Stash at Maple Mega Base

With this new-found gear he started spawn PvPing which he enjoyed doing but was getting destroyed by experienced PvP'ers.He soon realised he needed a better client so bought RusherHack and Future Client and spent more time PvPing at spawn. While spawn PvPing he would meet Pelle15, who he spends most of his time raiding stashes and PvPing at spawn with. In this time he joined The Invincibles which as of April 2021 he is still apart of. Pugman2013 also got into conflict over who owned a stash at Maple Mega Base between him and ttv_eternalfin. The base split up and each of the members got their share of the stash.

Retrieved from "https://2b2t.miraheze.org/w/index.php?title=User_talk:Cigardealer57&oldid=57053"
Cookies help us deliver our services. By using our services, you agree to our use of cookies.