From 2b2t Wiki
(Redirected from UserWiki:AlphaFlame)
Jump to navigation Jump to search

AlphaFlame__ is a Newfag who has owned Minecraft (Java edition) since June 15, 2013 (eight years ago) . Since then, he has used the game on a consistent basis. AlphaFlame__ has known of 2b2t since the beginning of the Rusher Era while active on The Archon in 2016.

AlphaFlame__ first joined 2b2t on June 18, 2020 (1 year ago) . His friend, Thrashin, started a small group with a few other people and the group was eventually known as No Cane No Gain. Their first base, The Oppidum, began construction the same day of his first join date, and the base was frequently worked on throughout the summer of 2020. Although, the base was knowingly griefed at the end of the summer and AlphaFlame__ plus his group members did not return to the server for several months. 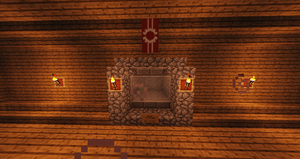 AlphaFlame__ returned to 2b2t on February 15, 2021 (eight months ago) . Alongside a few of his group members, they started a new base.

Retrieved from "https://2b2t.miraheze.org/w/index.php?title=AlphaFlame&oldid=59258"
Categories:
Cookies help us deliver our services. By using our services, you agree to our use of cookies.