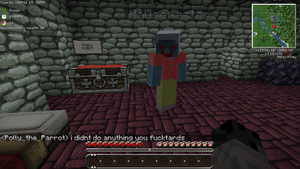 The orginal screenshot by THEJudgeHolden

Little is known about this ancient base, except for being founded sometime during 2011 by an unknown player. It is located at 125,741, -2853. The base has typical 2011 architecture, being primarily made from cobblestone and wood, while the floor is made entirely from nether brick. Underneath the main structure there is an old destroyed zombie grinder. There is also an old village next to the base. Due to this village being old, most of the villagers that currently occupy it do not have an occupation (blacksmith, farmer, ect). There are only 2-3 that actually have a profession, this is possibly due to the villagers breeding over the years.

The history of this base is completely unknown. The only thing that is certain is that Hausemaster has visited it. A group known as Nighted discovered the base, and asked a 2011 player, known as xcc2, if he recognizes the base or not. Sadly, he didn't recognize this base, and he didn't think this base had any relation to FP. However, he did have an explanation on why Hausemaster visited the base:

“Sometimes he would just TP to wherever you were, and throw random shit at you... bread, or iron or something stupid. Usually he would be flying, and would just hover in the air, invincible above your base for hours.” - xcc2

The base has only had one known visitor, xxq, back in May of 2017 when he left a sign saying "Hause was here". It is unknown if xxq griefed the base, however its likely given his track record. This base has not survived the test of time. The owner is unknown, and has since quit 2b2t. Over the years it has been griefed many times over, but some of its structures are still recognizable to this day, including the spot of the original screenshot. The screenshot was taken by THEJudgeHolden. 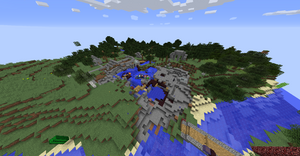 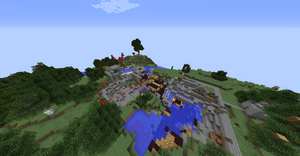 Alternate view of the crater 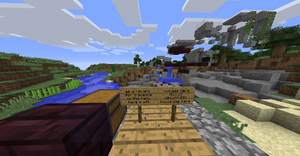 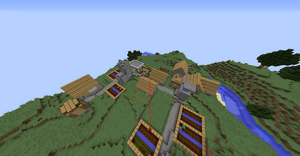 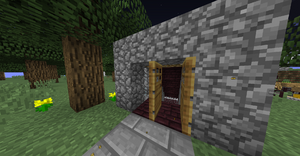 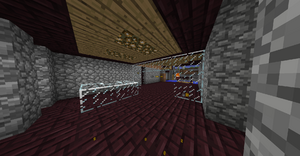 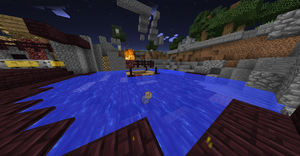 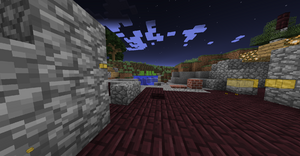 The exact location of the original screenshot
Retrieved from "https://2b2t.miraheze.org/w/index.php?title=Unknown_Hausemaster_2011_Base&oldid=32521"