The Infinity Incursion is a movement to preserve the tradition of Incursions on 2b2t.

The Infinity Incursion was founded on the 11th of August 2019 by BachiBachBach. The Infinity Incursion is a result of the failed 8th Incursion which was led by jared2013 and orchestarted by Armorsmith. BachiBachBach (also just called Bachi) who was jared2013's right hand during the 8th incursion was given full control over the discord and the project after jared2013 accepted his failure and left. Bachi restructured the old 8th Incursion Discord and stabilized the project within a few days.

He founded the what he intended to be the final Incursion on 2b2t, calling it "The Infinity Incursion". Despite this, there have been a number of other Incursions and Incursion-like events since then, including the 10th Incursion.

The community side of II: 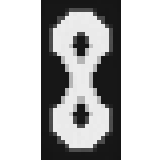 We preserve the tradition of Incursions on 2b2t. The Infinity Incursion is split into a group side and a community side. The original intention was to create a place where the community could relive the experience of incursion like events. Bachi: "I always found the most enjoyment on 2b2t when I was able to interact with the community - meeting new people, having an impact on the spawn region, enjoying the game." You don't need to fill out an application when they announce incursion events, everyone is welcome as long as they respect the group and the other Incursioneers. They are trying not be biased, regardless of which group someone is in so they are actually able to bring the community together. They will still obviously exclude people that are going against them. People that want to attend Incursion Events are granted the role Reactive Incursioneer  which is very fitting because the community side of ii acts reactive. It means that they only start incursion like events whenever they feel a need for it. Trusted Reactive Incursioneer are granted the role of Trusted Reactive and have a higher chance of joining the group side of ii.

The group side of II:

Joining the group side of ii is different from joining the community side. The group side is extremely important since they represent a reliable team to support the community side of ii. The group has 2 main ranks: Infinity and Approved for Infinity. There is nothing such as rank grinding in the group, since "Infinity" is the highest obtainable role. They are essentially a tightly knit community of friends and build up a team that they and the community side can rely on. The group and its members is the most important (game related) thing for every Infinity member. The group is the base of the Infinity Incursion since it is supporting every Incursion event, making every event stable because of a healthy, supporting group. Other than that they do "normal" group stuff like basing, stashing, playing other games - enjoying each other's company.

Spook Base was a series of bases created by the group called The Infinity Incursion to celebrate Halloween, but like anything else on 2b2t, they got griefed. 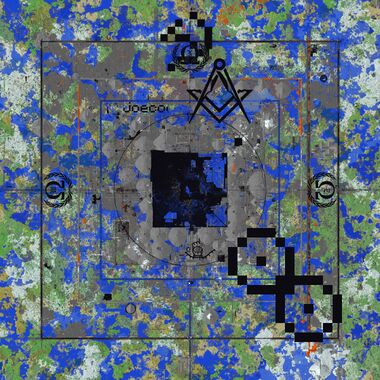 The Obsidian Sky was II's first massive project. The obby sky was 2050 x 2050 blocks big, it took 4 million obsidian to complete. The reasoning behind the obby sky was the make spawn dark to make it harder to see for new players, also mobs would spawn making it more harder for new players to escape. 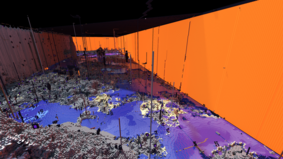 The Great Lava Wall was a massive barrier of lava around the entire spawn region (4000 x 4000), this was called an 'incursion', which was a smaller project to test newer members of the group. The lava was encased in an obby design that was hard to greif, so people couldn't just block it off. In total there was 48,000 lava sources placed. The lava wall project lasted 10 days.

The Water Cube was a massive project undertaken in the fall of 2020. The goal was to create a water cube that was 1000 x 1000 to make spawn harder to escape. While the group was removing all of the blocks in the 1000 x 1000 range, they found 2 illegally placed bedrock. This project gained massive attention from the community due to videos by the likes of FitMC and Republic Radio News. A program was created by IronException to identify which water blocks were source blocks and which weren't to make the cube perfect. In total this project took around a month and a half to complete, creating 250 million water source blocks. 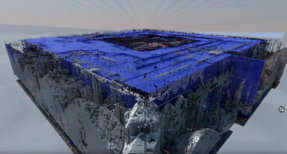 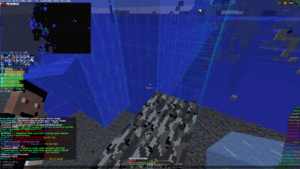 The TNT cube was 2b2t's new years event which took place on new year's eve 2020 and lasted into Jan 1st 2021. The first attempt failed when a creeper blew up the first cube, due to a structure which allowed them to spawn. The next attempt no structure was allowed in the cube to stop this from happening again. The TNT cube was 100 x 100 x 100 big (1 million blocks of TNT), which took around 1 full day to build. The event went successfully, with the cube being ignited on new year's eve. 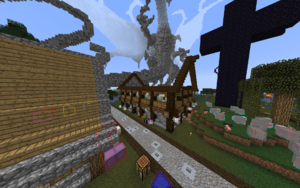 Spook Base I was the first base in the spooky series of bases. At the time the base was made, the Infinity Incursion was being insided by a group called Team Blackfyre. The insider, TheWhiteWolf, leaked the base coords and they were griefed. The base lasted only 2 days and few screenshots of Spook Base I exist due to its short life span. 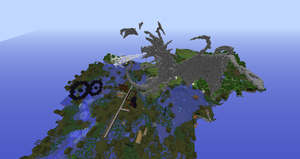 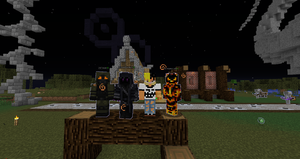 People at Spook Base II

Spook Base II was made a week after Spook Base I was griefed. This base would last significantly longer. It lasted around a week and there are lots of screenshots of this base. The most notable part of the base was the huge dragon in its center. But, nothing lasts forever. Another insider was in Infinity Incursion, and after getting access to the base, the insider leaked the coordinates through this Reddit post and it was soon griefed. 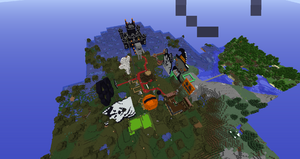 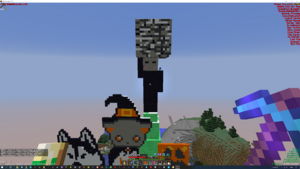 Bedrock at Spook Base III

Spook Base III was created a few days after Spook Base II and lasted the rest of October. It was the biggest spook base and lasted the longest. Many more people joined the base. But, just like every other spook base, there was an insider. The insider leaked the coordinates to The Backstreet Boys, which then griefed it and made a video on it.

Spook Base IV was started on October 9th of 2020. This base included all members of Eternity and above. The base was built next to the ruins of Spook Base III, and was only about 25 blocks away. It was leaked and then griefed on October 23rd of that same year.

Spook Base V was started quickly after the destruction of Spook Base IV to last until Halloween. This base included less members than Spook Base IV to protect it from insiders. The base was griefed after it was leaked by a base member.

During December of 2020 II member Mozart_98k was token logged. The exact person who token logged is unknown and irrelevant, but what is relevant is what they found. John Dough found a discord server called 'Saving Stuff', in saving stuff there were some interesting things like CP and Lolli. When this information got out c0mmie_ got a hold on the chatlogs, when he looked at 'saving stuff' he was disgusted and proceeded to make a reddit post about the Truth of II. Before this post both Frosty003 and iiGryxz asked Bachi about this with Bachi either ignoring them, or in Gryxz's case, even defending them, furthermore other high ranking members such as Universicus also defended him, but luckily after heavy pressure Bachi removed Mozart. Proof of this can be found on this imgur album 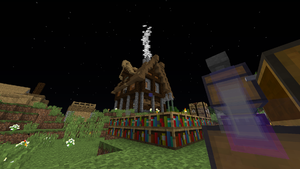 Infinity Incursion base made on the temp map 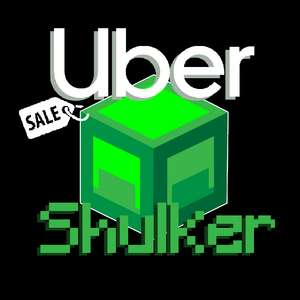 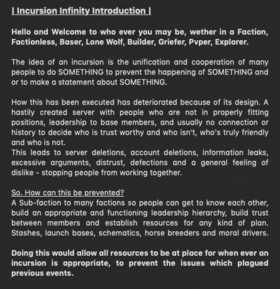 Retrieved from "https://2b2t.miraheze.org/w/index.php?title=Infinity_Incursion&oldid=50591"
Categories:
Cookies help us deliver our services. By using our services, you agree to our use of cookies.