The United Group Embassy was formed by over 10 groups on 2b2t in order to seek a more positive future. It is currently disbanded as groups are working on their individual projects.

The U.G.E. was first thought of by members of the Emperium and took the name "The Embassy". This was around the time when the temp map on 2b2t was around. The idea was to bring all the largest groups and have them collaborate and cooperate in order to accomplish more impressive projects. It was a good idea in theory, but it mostly proved non-useful and the discord server used was often not used, the idea was soon abandoned.

At around January 5, the idea was re-explored, and this time, took the name of "The United Group Embassy". This group was a little different as well. It wasn't just meant for all the largest groups that made a noticeable difference, it was for any group that was large enough to be able to be reached out to. The Asylum would be the first group to join the UGE.

It was going smoothly until Infrared, a group that had a rivalry with The Emperium, decided to destroy the first group build the U.G.E had made, known as the 1st Physical Embassy. This led to immediate expulsion from the U.G.E and a general hostility from all member groups towards Infrared.

With the creation of the 2nd Embassy, Highland leaders The_Grand_Lotus and Fluffbuck3t joined the U.G.E. Previously, Highland had been represented by other Grand Masters. The 2nd Embassy was leaked by Sniper231996, as he believed jared2013 had coordinates to a large group base he was a part of, and as a result he started giving Jared coordinates to slow him down. Househousehouse1 arrived at the base, causing a general panic among members, who made the decision to destroy the base themselves. It was later found that househousehouse1 had been instructed by VoCo to not destroy the base, and as such the 2nd Embassy had been in little danger at that time.

The 3rd Embassy was quickly started after the abandonment of the 2nd Embassy, with fewer, but more impressive builds. Only 4 days after the start of the 3rd Embassy, a sign was found at nether 0,0 by a U.G.E member group stating the coordinates of the Embassy. It was soon discovered that The_Grand_Lotus had placed the sign there as a sort of "revenge" for making what he deemed to be a mocking factionball emoji. As a result of this, Highland was quickly banned from the U.G.E.

After the start of the 6th Incursion, the U.G.E became largely inactive, with each member group doing their own independent work. There were plans to re-unify the United Group Embassy, but they have not come to term yet. 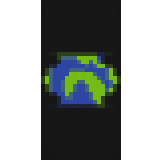 The U.G.E managed most of its decisions with a vote. There were 2 types of votes: Popular votes and group votes. When a group joined the U.G.E, a vote was held to give them full rights, after which point they got a designated "Voter" role. This singular voter got to cast their vote for the group during any important votes. This ensured that each and every group had an equal say on important decisions. These important votes were called "Group votes" because they involved all group voters. The other type was Popular vote, in which anyone in the discord could vote with a thumbs up or thumbs down. This was usually for less important things, or for events.

Conflict with the Alpha Alliance

Due the Alpha Alliance's negative view of the U.G.E, several fights took place, usually with 10+ people participating each time. After the disbandment of Asylum, a U.G.E member group, most fights were unrelated to the UGE. Despite these battles, the U.G.E was primarily an event-based and building group.

The Asylum and the Emperium would always come victorious against PvP fights at spawn. Many Highland and Infrared bases and stashes were destroyed by the Asylum.

During the 2b2t tempmap the U.G.E groups Emperium and Asylum would plan a raid on the AA temp map base. All members of AA logged or died as soon as U.G.E came to raid their base.

The member groups of the U.G.E eventually began to either focus on their own projects, disband, or fall into inactivity, and so leading the formation to also fall into inactivity. Eventually, it was decided upon to shut the Embassy down due to a relatively long period of idle existence in December 2018. The Discord server was later deleted on January 28, 2019.

Retrieved from "https://2b2t.miraheze.org/w/index.php?title=United_Group_Embassy&oldid=63036"
Categories:
Cookies help us deliver our services. By using our services, you agree to our use of cookies.