Nerds Inc (often referred to as The Tyranny) is an infamous group of some of 2b2t's most notorious griefers, PVPers, and nerds. One of their main goals, as stated by Fit in one of his videos, was to take control of the server from Hausemaster, from the inside out, which they nearly achieved.

The Tyranny was founded after the destruction of Imperator's Base, at the commencement of 2016. The group was initially founded by the players jared2013 and taylo112 for the purpose of destroying The Lands. When the Bed Teleportation exploit of early 2016 was discovered by taylo112 and C4RTM4N, the three of them decided to create a link to The Lands. However, this was impossible without a bed being placed at the Nether coordinates of The Lands. Taylo invited iTristan, who was unable to place the bed as he was no longer at The Lands. Tristan was, however, able to invite someone who was. The Tyranny's fourth member was popbob, who, on his ancient alt RadicalHiccup, was successful in placing the bed and allowing the destruction of The Lands.

After this, Sato86 dubbed this group of players "The Tyranny of 4 Faggots," a name that stuck and eventually became the official name of the group. The fifth member, c1yd3i, was introduced into the group sometime in April of 2016. At this point, the Backdoor of the Tyranny was functional and The Tyranny had set up a new base at the location of taylo112's 2012 island, as well as a massive, world-edited bedrock sphere known as "The Archive". Georgebush420, being a friend of some Nerds Inc members, helped spawn illegal items.[1] This base included these illegal items such as superweapons and barrier blocks, and several end portals.

Early in the life of the base, The Tyranny had a week in which they griefed a massive base every single day. This may be known as the Week of Destruction, though it is not formally named. Later, through sheer stupidity, c1yd3i leaked the base to Jacktherippa, which ended the backdoor and conclusively the Golden Age of the Tyranny.

It should be noted that this was not the end of The Tyranny. They later changed their name to Nerds Inc. officially and still operate as a group. Branillon was later inducted into the group as the sixth member, and eventually fr1kin as the seventh and IamTUNA. The most recent members are kinorana and 0x22. Currently, the group has eight members and is inactive on 2b2t. Only jared2013 is active on 2b2t these days. However, they still exist outside of 2b2t, on other servers and parts of the internet in general. During the Purge, they would often try to stream-snipe Etika, most famously when iTristan killed Etika while in invisible god-mode. They also griefed Space Valkyria III. From February 28th - March 1st, 2020, Nerds Inc used an exploit that let them log into anyone's account without their password. They logged into many high profile users' accounts and destroyed their items and leaked base locations. 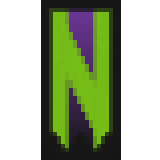 Retrieved from "https://2b2t.miraheze.org/w/index.php?title=Nerds_Inc&oldid=50870"
Categories:
Cookies help us deliver our services. By using our services, you agree to our use of cookies.