The Peacekeepers, also known as PK, are a group on 2b2t that started on July 8th, 2016 when PandaSauceYT started a series on his channel with the word "peacekeepers" in each episode. The group spawned from the various attempts by new players to create a sort of "third party" of neutrality during the Rusher War that would "keep the peace" and attack both Team Rusher and Team Veteran as a means to end the conflict. As the war escalated, the Peacekeepers began gaining attention as a legitimate group by both Rushers and Veterans. Eventually, the Peacekeepers abandoned their third party/neutrality ideology and sided with Team Rusher. The Peacekeepers became somewhat of a sub group of Team Rusher as Napkin0fTruth, TheCampingRusher's friend and rival, decided to defect from Team Veteran to the Peacekeepers. From then on, the two groups worked together and Rusher gained his first god gear from a Peacekeeper dupe stash, given to him by Napkin. 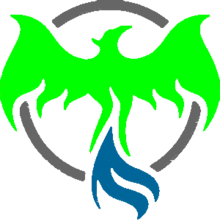 The Peacekeepers were the last active "pro-Rusher" group to still roam the server after the war, continuing on into conflict with the 4th Reich and Team Aurora. The conflict settled down after the 5th Incursion, with the group eventually leaving the server for about 4-5 months to play on other servers.

Eventually, on March 19th, 2017, PandasauceYT and the rest of the peacekeeper hierarchy returned to 2b2t. They would become a PVP group at spawn and continue the bitterness and trash talk towards Aurora. This would lead to the two groups griefing a base from one another. Once Aurora started to become dormant, the Peacekeepers decided to make a small spawn base but was griefed.

In early 2017, the Peacekeepers had figured out how to perform the donkey dupe and decided to begin duping with some members of the SpawnMasons. However, the Peacekeepers found out the Masons were plotting to eventually inside the stash. This event would begin hostility towards the SpawnMasons, eventually leading to conflict during the summer of 2017. The first battle occurred on June 4th, 2017, when the Peacekeepers ambushed torogadude at spawn, causing him to combat log, eventually resulting in a large fight between both groups. The SpawnMasons would retreat because FitMC had ended his livestream in which he was filming during the battle. Both sides would have a different opinion over the outcome of the battle as the Masons had successfully escorted torogadude to safety however fled the attack. These confrontations would continue at spawn until the Spawn Masons disbanded in August of 2017 due to inside conflicts.

After the Masons disbanded, the Peacekeepers would continue to gain more control over spawn and eventually start to have hostilities with the rising Emperium. The Emperium claimed to have insided the Peacekeepers and cause the creation of a splinter group known as the Order of Lucifer, however this group was created by the the founders' own volitions. During this time, the Peacekeepers changed their ranking system and kicked a large portion of their members. 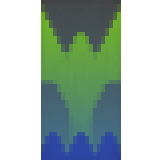 Second Banner
A small conflict also began to build up with Highland. The Peacekeepers disliked a leader of Highland at the time, DieloTai, however, the groups only fought when Highland deliberately gave up their spawn camp coordinates so they could move and make a new one. The Peacekeepers arrived at the camp while all the members were afk and resulted in a fight in which all Highland members were killed except for DieloTai, who fled.

After these series of conflicts, the Peacekeepers slowly became ghosts of their former selves. Many members became inactive or quit 2b2t and those who remained went solo. IHackedWalmart, already a high ranking member in PK, helped Metrez and many others dig the -X highway in late 2017. In early 2018, AlphaCentauriA1 made a group for the remaining active members, the Saviors, and made IHackedWalmart a leader. The Saviors did not last long as the members joined the recently reformed Infrared as IHackedWalmart was a co-leader. The Saviors discord was deleted two months later for seeing little to no activity. What remained of the Peacekeepers joined the Alpha Alliance, along with Infrared and Highland, as a rival of the United Group Embassy. Highland and PK allied due to this common enemy and put their old past behind them.

In November 2018, Pandasauce quit 2b2t and handed over leadership of PK to IHackedWalmart. For the first month of PK under Walmart's leadership not much activity happened except Walmart inviting some friends of his who were in Highland, such as bigbullet. After some drama with Iridium, Walmart decided he would actually do something with PK. He made the discord and began to let in more members and made bigbullet a leader alongside him. Iridium later disbanded with Retronaut later joining the newly revived PK, that revived on December 16th, 2018. However, PK never came of anything in 2019 and beyond as it is now simply a meme and mostly disbanded.

Retrieved from "https://2b2t.miraheze.org/w/index.php?title=Peacekeepers&oldid=61656"
Categories:
Cookies help us deliver our services. By using our services, you agree to our use of cookies.