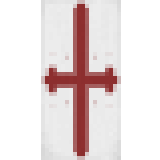 The Last Templar is a group founded by players Aurelius, GenderPretender (Licinius), and Cody784 (Adeodatus) with the intention of building and creating on the server. The group would also avoid griefing bases that took time to make.

The founding members of the group were originally a part of a small group known as FrostGard, which was lead by Vanex, during November of 2017. As the four players remained the only active members, they decided to build a base with plans of being larger than Wintermelon. Eventually, on March 2, 2018, Vanex decided to take a break from Minecraft, and so disbanded the group. Two days later, on March 4th, 2018, the three players reformed into the Last Templar, named this way in caution of another group named the Templars. This group would go on to join the United Group Embassy.

Retrieved from "https://2b2t.miraheze.org/w/index.php?title=The_Last_Templar&oldid=62353"
Categories:
Cookies help us deliver our services. By using our services, you agree to our use of cookies.