The Guild was a group created by SmackAttack86 and OldFreeWilly. The Purpose of The Guild was to build a new Spawn Base every day and to have fun. 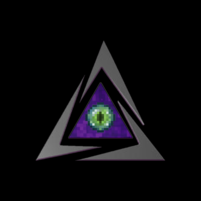 Also known as The Eye of Proxima, this strange triangle represents The Guild.

Originally, The Guild was a secret group which very few players knew of. After certain plans within the group fell through, SmackAttack86 (one of the more disliked members of the group) quit and sent rather threatening messages to many of the remaining members. SmackAttack86 ended up rejoining the original Guild later so he could continue to benefit from classified information.

Believing that the original group had been disbanded, SmackAttack86 set up his own version of The Guild, using the same name in an attempt to draw relevancy to himself. This reincarnation of The Guild was led by OldFreeWilly, who worked closely with SmackAttack86. Supposedly, this clone group had been around a few months before it was made public, though evidence shows that this span of time was only 10 days. During this time it housed only a few members and no bases. Almost as soon as SmackAttack86's Guild came to light on October 1st, about 20 players tried to join it, although most of them were trolls and insiders. SmackAttack86 and OldFreeWilly thought up a plan to keep insiders in The Guild, but in a position where they could not do damage. They realized that if they flagged players who seemed suspicious and only sent them on petty tasks to retrieve items and deliver them to random coordinates and never promoted them, then they could waste the time of insiders, while giving them a false sense of belief that their attempt would be successful. Later though, Smack realized that this plan let in to many insiders and not enough loyal members so he scrapped the insider policy.

The default rank in The Guild's discord was Void. Void doesn't represent The Guild in any way and you only have access to #the-void which is just a general chat. People were initiated into The Guild via an interview with any Grandmaster ranked member.

Retrieved from "https://2b2t.miraheze.org/w/index.php?title=The_Guild&oldid=50078"
Categories:
Cookies help us deliver our services. By using our services, you agree to our use of cookies.