The Followers of the Crafting Table

The Followers of the Crafting Table are a religious group founded by the players villicool112 and Yarnamite. The group is dedicated to worshiping the crafting table block. They are involved in many constructions/bases dedicated to the crafting table, giant crafting tables around spawn, bases with entire biomes made of crafting tables, however, their most famous construction is The Valley Of Crafting Tables, a build made at the coordinates x:25000 z:300(very close to the valley of wheat). The exact number of followers is around ~200, but their discord holds over 7,500 members, meaning it is the largest 2b2t discord. The grand majority of the members are quite inactive, but from September 2019 - March 2020, the group was extremely active. 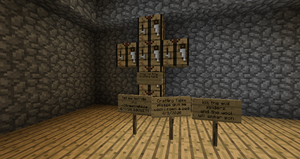 Some praise to the Crafting Table in a small chapel on the 1533 Highway.

The Followers of the Crafting Table are a Theocratic group, due to the leader being chosen by the cardinals/pope every 2 weeks. The Pope is the figurehead for the duration of their rule, they make the decisions, plan builds, bases, events, etc. However, still is not always executed in the most organized way. The leadership is also comprised of the Cardinals, which are like a council that decide most changes to the group/discord. 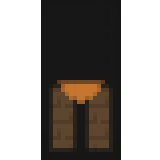 Followers of the Crafting Table banner

The Valley of Crafting Tables

The most famous project made by The Followers have created is The Valley Of Crafting Tables, located at 25,000 300 on the +X Axis Highway (overworld). It was built during January 2020, as a community built project. Many players came to help build, including various groups like Emperium and VoCo. The project was a success, even with the various griefing attempts by multiple people, thanks to the Emperial Goon squad. Around 300,000 crafting tables were placed at the valley in order to complete it. 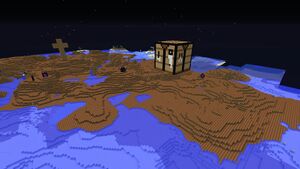 Render of one of the group's bases, showing how often crafting tables are used in their builds.

File:Funwiththegoons.png
People chilling at the valley
Retrieved from "https://2b2t.miraheze.org/w/index.php?title=The_Followers_of_the_Crafting_Table&oldid=50408"
Categories:
Hidden category:
Cookies help us deliver our services. By using our services, you agree to our use of cookies.