The group also took full advantage of first and second Donkey Dupe, which allowed the group to complete the X+ Nether Highway and to construct their base Point Dory. They were also one of the first groups to discover the Crafting Dupe.

After the completion of their goal, most of the now out-of-work diggers joined with the recently homeless members of Summermelon to build Mu.

While several pearls were set and some pear loading accounts do exist the sheer range required for the group to return to the corner and regroup is simply not feasible without another major movement exploit. This means the group is effectively disbanded. But many members would go on together to create Mu Megabase. 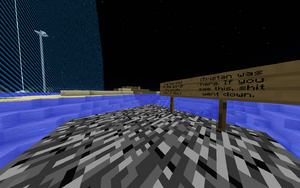 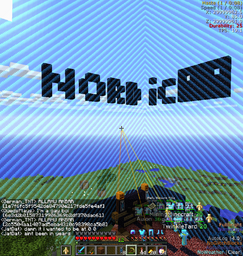 Retrieved from "https://2b2t.miraheze.org/w/index.php?title=Nether_Highway_Group&oldid=50054"
Categories:
Cookies help us deliver our services. By using our services, you agree to our use of cookies.