The Asylum was a group founded by Cityboss1 (or commonly known as just City) sometime in November/December of 2017. The group was prominent during in April 2018 (See: Timeline). The Asylum has participated in multiple griefs and projects, alongside many insiding attempts throughout the group's history.

After playing on the server for over a year and a half, cityboss1 wanted experience with doing leadership. The Asylum was founded and the banner and logo resembles the old group he was part of called V Fawkes.

Many of his friends and allies at the time would join The Asylum and would become one of the biggest and active groups during that time.

The Asylum’s first group conflict started with the The Guild SmackAttack86’s newfag group. The Guild was compromised by Asylum forces in which they dismantled The Guild. The Emperium, was considered to be an allying faction alongside, Highland, another large group on the server. With most of the members bedtrapped, alongside many of their bases being destroyed, the Guild fell, and the Asylum rose to prominence.

The Asylum was initially friendly towards the Peacekeepers. This was not to last. PandaSauceYT began to act increasingly provocatively towards cityboss1, with the two soon falling out. The Asylum began to grief Peacekeeper bases. The Asylum also came into conflict with Highland due to Asylum’s relations with the Emperium. 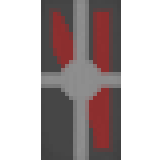 The UGE and AA conflict

When the Emperium founded the United Group Embassy (UGE), the Asylum was the first additional group to join. Eventually, many smaller groups and factions began to join the UGE, with the alliance inviting Highland, Infrared, and the Peacekeepers. However, these three groups betrayed the UGE, destroying the first UGE base, and leaking the third. The three groups then made official their own alliance, the Alpha Alliance (AA), in which they sought to destroy the UGE. The UGE managed to fend off the AA and The UGE came victorious with many of the Alpha Alliance groups such as Peacekeepers and Infrared disbanding after The Asylum had destroyed and insided most of their stashes and bases with social engineering.

UGE inactivity and the 6th Incursion

When UGE activity died down, the Asylum left the alliance. Once the 6th Incursion occurred, the Asylum substantially participated in both the temp maps, and spawn. They were joined by VoCo, the Spawn Masons, and the Emperium. The group fought the Antfag Invasion, and the former AA members during the incursion. The Asylum participated in being the first to killing the Enderdragon on the temp map and the construction of the Incursion bases and stashes. During half way of the 6th Incursion cityboss1 became busy at the time and was unable to participate in the incursion any further. He was eventually demoted from one of the leadership in the Sixth Incursion discord due to inactivity.

Asylum disbanded in 2018 after the group had gone inactive. Many of the Asylum bases were abandoned or destroyed.

Retrieved from "https://2b2t.miraheze.org/w/index.php?title=Asylum&oldid=60678"
Categories:
Cookies help us deliver our services. By using our services, you agree to our use of cookies.