The Astral Republic was founded Jan 12 2019 by jay_monroe following his demotion from Council due to his actions during the Beefytown fiasco. 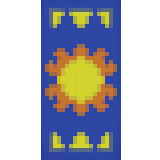 Originally created by jay_monroe when he was demoted from his council position in the old Astral Order. Initially comprised mostly of astral members who trusted jay_monroe. Things were slow at the beginning, jay_monroe making little headway in his version of the Astral discord. He would become virtually inactive until approximately February 23rd, 2019. jay_monroe with UniaTQ planned an aggressive campaign to convince the remaining members of the original Astral Order to join the new Order. They planned to give new rights for Celestia, publicly advertise the Order, and to gain inter-server legitimacy from groups like the Emperium.Their campaign would work with approximately 70% of the original members within their control. jay_monroe declared their plan a success.The new Astral Order (later renamed to The Astral Republic) had a slightly different set-up from the original Astral Order. This included a bicameral system where the Council acted as the upper house and the Celestial Guardians as the lower house. Additional reforms included a modification of the interview process, criterion-referenced assessments to assist in the determination of eligibility for promotions, and the introduction of an Astral Judge to administer justice. Many members would push for jay_monre to start recruiting which he refused for a while. Once he did start, the group would have a spike in activity. After a few weeks, the group had recruited enough people to fill two bases, called Red Base and Blue Base. Things were looking well, except there was one problem; jay_monroe was the only active council member at the time allowing him to basically do whatever he wanted. He abused his admin privileges:promoting newfags that didn't disagree with him to high ranks kicking recruits for no reason ,often giving the reason "he thought they were annoying", which caused a base to get griefed, etc. Republic Members were not fond of his actions. However when someone tried to talk to him about it; he would either play a victim or blame others. Many members pushed for DanThePokemario to be promoted to council to balance out the power in the group. Seeing this, jay_monroe attempted to change the criteria for council, but the Astral Judge ,Stadhouder, decided DanThePokemario's promotion to council was legal. DanThePokemario was promoted. However, jay_monroe would continue to hold secrets from DanThePokemario and the other council: creating a discord called “The Loyalists” for the purpose of grooming loyal newfags to take over the group for him, brainwashing DanThePokemario by trying to promote a "True Council ideology" ,changing the constitution to make it harder for DanThePokemario to give people council which jay_monroe personally did not like, etc. jay_monroe had a failed attempt at absorbing smaller groups which was known as FIG, and attempted to inside the Emperium. jay_monroe had told his plans to a player named PopeViper, who then whistle blew his operations to DanThePokemario and other co conspirators. Because of these reasons, DanThePokemario, PopeViper, Phi, and TheDark_Emperor created a plan to pressure jay_monroe into leaving the discord. With the help of players Ghost, FluffyDaBaca, Biggus Dickus, cube_r00t, and Doctor they succeeded and after realizing he had lost the support of most of his members, jay_monroe left and deleted his discord account. After some reconstructing, leadership of the group was given to DanThePokemario, PopeViper, cube_r00t, LordKai1 and Giganox. Following this the group would experience a gradual decline due to the divide left behind by jay_monroe’s actions and the nature of the coup against him. LordKai1 and PopeViper would leave. cube_r00t and Giganox would become inactive due to more important priorities. Eventually DanThePokemario would give up eventually as well. The group officially disbanding on Nov 7th 2019.

Started around Mid-June 2019 by jay_monroe

The original concept was known as the Astral protectorate. Under this, all groups jay_monroe claimed were to be under the Astral fold, come together, then eventually rejoin either as states of The Astral Republic or be absorbed within the group itself. However, jay_monroe had a grudge against Emperium for taking his Assile idea, which TheDark_Emperor denies as the idea for the UGE came about between him and Ericudo. What jay_monroe wanted was to create his own UGE known as FIG, Federation of Independent Groups. PopeViper went ahead and began preparations whilst jay_monroe created the discord.

Its first member states were BsB(The Backstreet Boys of 2b2t) led by iMems and The Space Force led by JudySmall. The first meeting would spiral into an insult slinging competition between Imems, JudySmall, and jay_monroe. Imems calling F.I.G a power grab, JudySmall calling iMems a piece of shit ,and jay_monroe saying that The Astral Republic was superior to both of them, spawning from its creation therefore they were his substates by right. It was the jumping off point for the FIG concept, but the idea continued. A few rules were called into question: whether substates would be allowed, how a vow of neutrality should be allowed, and exceptions for member states of the Astral Protectorate. This would put into a different spiral of issues. The fact of the immensely lonely amount of groups. There were seemingly only VoCo,Highland, and Emperium substates as other groups Which would make it hard to disassemble the groups as their members were already close to Emperium or other groups. This put into question how exactly they could make FIG even work. Then came along the group construction plan. PopeViper would make the group construction plan concept to stir jay_monroe along. They would recruit people into smaller groups or factions specialized for specific things. Using the pseudonym of a completely different company like system, Astral people would be CEOs of sorts. Once the smaller groups got to a specific size, They would be moved over to their own discord owned by one of the trusted Astral leaders within those groups. They would then be moved to FIG. The groups that were liked were cherry picked enough to turn it into a member state. The member state would fall apart and would make the group larger. The project idea was meant to populate the server with new factions ,since the death of the many group due to inter group conflicts. PopeViper told him what they could do with it and . jay_monroe then said Viper's eyes were too big for his stomach. jay_monroe co-opted the idea and got the Inquisition (lead by LeeMastah) as his first group enlargement substate. Which he was planning to pick apart. However, his mistake was not knowing PopeViper had told LeeMastah and DanThePokemario everything. DanThePokemario told JudySmall and iMems, so they backed out. It didn't get far because jay_monroe lost all motivation after DanThePokemario got council.

The Astral Republic is a group dedicated to building bases and having fun. The community is laid back and friendly.

Members move up in ranks if they are active in the Discord and on the server.

Note: The Astral Republic was Neutral with all groups and would've preferred to avoid problems

Retrieved from "https://2b2t.miraheze.org/w/index.php?title=The_Astral_Republic&oldid=50246"
Categories:
Cookies help us deliver our services. By using our services, you agree to our use of cookies.