In this April fool's event, Hausemaster created a superflat temp map and personally gave lots of high level and/or unobtainable items to lots of players, such as diamond gear, bedrock, spawn eggs, etc, allowing players to build, grief and fight with essentially no limits.[1] Players punched each other to death and mostly died to slimes. Hausemaster spawned in mobs, and eventually boxed up spawn in a large bedrock box, filled with blazes and ghasts. A staircase led to a hole in the wall for players to attempt to escape, with Hausemaster at the top killing anyone who got out. The event was well-documented with YouTube videos. 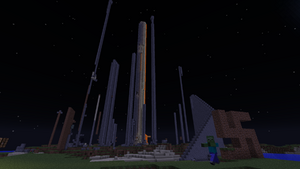 The theme of this event revolved around the Islamic State commonly known as ISIS. The world was switched with a desert which had multiple ISIS maps. Islamic music was broadcasted in the background. A video of this April Fools Map can be found here.Designed by iTristan. 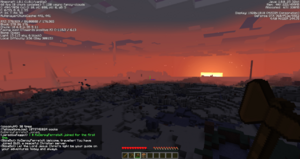 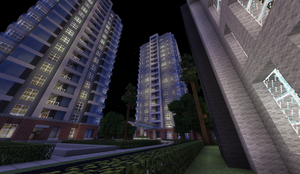 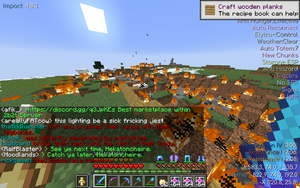 Retrieved from "https://2b2t.miraheze.org/w/index.php?title=Temp_maps&oldid=54387"
Categories:
Cookies help us deliver our services. By using our services, you agree to our use of cookies.