This page contains information that can be considered outdated or hasn't been checked in a while. Please either verify or update them. 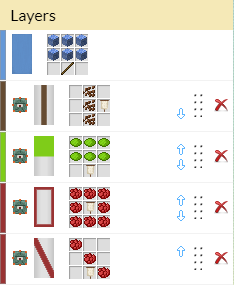 TeamNoTrees was a group that attempts to eliminate trees en masse on 2b2t and also to combat its ideological opposite, TeamTrees.

It started when SoiledCold was at spawn and noticed a newfag escaping the region with ease. SoiledCold decided he wanted to create a group to remove all trees from 0,0 to 10k in every direction to make it harder for new players to survive.

Following an approved proposal to the SGA (Small Group Alliance), a discord server was created for the group named TeamNoTrees (in reference to Mr. Beast's Team Trees campaign). By the end of the day, 105 users had joined the discord.

Team no Trees' 2019 goals were the following:

SoiledCold set up a 3-phased laundry list of what he felt needed to be accomplished, it reads as follows:

Phase 3 - Clean up any spots that were left ungriefed."

FitMC posted a video about TeamNoTrees on January 4, 2020.[2] The group complains about inaccuracies in his video, mainly his claims of them being grown adults taking a block game too seriously; the group alleges they are in fact largely teenagers.

Team no Trees was in a state of limbo for several months, most of the leaders stopped leading the operations as they ran out of money for priority queue or moved onto other projects such as the Quarantine, so new people took charge:

Stash Operations: Eliminated following the loss of the central stash and because its redundant due to everyone having there own stashes.

БУЛДЖАТь, a Youtube Channel with 690000 subscribers posted his video about TnT on April 26, 2020.[3] As a result of the video, many Russians joined the TeamNoTrees discord, which reached its peak of 666 members. A Russian branch of TnT was made, but was dissolved following disagreements concerning the general intelligence and competence of the members.

TeamTrees and other opposing groups

TeamTrees was a group created in 2019 to directly combat TeamNoTrees and restore trees and dirt near spawn. The group created many forests near spawn, however, most have been destroyed. Before TeamTrees or TeamNoTrees there was a group called "MakeSpawnGreenAgain" which failed. All of these groups eventually failed for one reason: People only joined from FitMC. Which means the groups were filled with people who didn't play 2b2t or were not geared.

Every other group not listed in allies/enemies

MrCK10 and his goons

Upper Councillors are people who make announcements and give commands to people, Councilors are people with mod perms. The usefulness of councilors in 2020 is questionable as most are inactive.

Lumberjack - The basic level of the vast majority of members.

Retrieved from "https://2b2t.miraheze.org/w/index.php?title=TeamNoTrees&oldid=50789"
Categories:
Cookies help us deliver our services. By using our services, you agree to our use of cookies.