Singularity was a small group of former VoCo members with the purpose of maintaining a loose form of government based on a feudalistic structure and communal anarchist government.

The group was founded originally by HolyBruhBrine as 'The VoCo Life Raft' which served members who were banned by Sengorn_Leopard after the fall of VoCo. The group evolved into Singularity over the course of roughly three days and multiple insurgencies. This came at the hands of Dakras, Savage Cyclops, Individualism, KXC_Style, T4nkplays, ImportedSocks, furleoxnop, and Fax.

During the messy breakup of VoCo phase II, many members were not sure what was going on, and their superiors were not telling them or making an effort to find out. HolyBruhBrine was a former Prime Minister (elected official in charge of advising Coltsnid) and recruiter who had recruited a large portion of VoCo's player base. When members didn't get a clear answer from the higher-ups they went to HolyBruhBrine for answers. HolyBruhBrine made a discord called The VoCo Life Raft for members who were being unfairly banned and kicked and, using his rank, tried to get as much information as he could to members, which stopped a portion of the chaos. 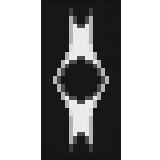 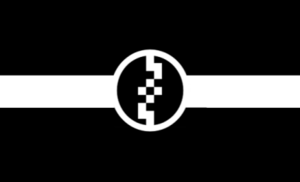 When the VoCo discord was deleted, the only remnant of VoCo was The VoCo Life Raft. After 2 days of the discord being gone and no word from Coltsnid, the members wanted to move on and make a group from the ruins of VoCo. There was a huge debate over the name, and in the end Singularity prevailed. The group drafted a constitution, deciding to have 7 ambassadors who each own a base and other rules.

6 days after VoCo fell, Coltsnid got in contact with Oreo and made a new VoCo II. People thought it was going to be a real group and a few bases were even created, so most members of Singularity left to join VoCo. HolyBruhBrine, after there were only 11 members left in the discord, decided to give VoCo II a try, deleted the discord, and joined VoCo II. It was not to be a real group and after 3 days it was sold to an unknown person as a meme, proving to the general public that VoCo as they knew it was over for at least the time being. People asked HolyBruhBrine to make a new discord and he did, marking the new group reforms of Singularity.

After all that it was smooth sailing HolyBruhBrine amended the constitution and promoted 7 ambassadors, with each one building a base. Singularity made gains in membership over many months of moderate prominence on the server and became close allies with the likes of the Emperium.

Retrieved from "https://2b2t.miraheze.org/w/index.php?title=Singularity&oldid=59449"
Categories:
Cookies help us deliver our services. By using our services, you agree to our use of cookies.