Fit, also known by his YouTube username as FitMC, and previously known as silentpedro, is a well known midfag after joining in 2013 and becoming the leader of Team Veteran, a group that was founded to fight a staged war against YouTuber TheCampingRusher. He rose to fame for his involvement in Spawn Incursions, Valkyria, and especially his YouTube channel, as he is currently the largest 2b2t YouTuber at over 1.83 million subscribers as of March 2021.

Fit joined 2b2t in the summer of 2013, during the second spawn incursion. He traveled thousands of blocks out "surviving on zombie flesh and spider eyes" before starting a farm. He made his first base in a winter biome near spawn. Somewhere down the line, he made another base that was griefed by popbob, who killed Fit during the grief. He was a loner for his first year of 2b2t until he was invited by James_Rustles in 2014 to join a base called the "Kool Kids Klub", where he helped build one of the largest gold farms on the server as an attempt to farm golden apples, which were considered to be very valuable at the time, until the base was discovered due to it being near the highways. Fit was also known for creating a Redstone contraption which allowed him to fly over spawn on February 21st, 2015. A video of this can be seen here.

Following this, he was approached by Sato, who invited him to Asgard II. After OreMonger was given coordinates to Asgard II by Pyrobyte who had leaked the coordinates by accident, the members of Asgard II griefed their own base to make sure no other player would have the satisfaction of destroying the base. When the coordinates were leaked and the third incursion began, Fit joined the team at Wrath Outpost and fought in the incursion. After its conclusion, Fit traveled by flying machine far out in the End. While doing so he stumbled on Space Valkyria. After this, he set up "the DFC", an outpost for travelers. He planned for it to allows travelers to dock/start their airships. He abandoned when he learned that Mojang planned to extend the End. Afterward, Fit moved to Aureus City, began farming gold, and began searching for ruins on 2b2t. He also griefed some spawnbases or whatever was associated with the Imps on January 3rd, 2016 alongside Babbaj and jared2013.

He declared a short resurrection of Team Veteran as a reaction to a French Youtuber with 600,000 subscribers named AgentGB, who joined 2b2t and showcased the server on his channel. However, in response to the large amounts of hate that he was receiving, AgentGB mentioned that he did not intend to create a 2b2t series on his channel and so never created another video. After this, Fit went into a decline on 2b2t, after the Airship Record Stream and the Boat Record Stream. During this time, he quickly logged onto 2b2t and said: "If you disliked 2b2t in June 2016, you're going to dislike it even more in June 2017."

During the war, however, people began to conspire against Fit that he was in cahoots with Rusher. Evidence of this is the fact that Rusher proposed a deal to work with FitMC. This deal was that Fit would provide Rusher with coordinates to bases and that Rusher would promote his channel. Eventually, his youtube channel began to grow and he gained 77,000 subscribers at the end of the Rusher War. This lead to many people believing Fit to be a sellout. Offtopia believed that Fit gave Rusher the coordinates to the Crystal Islands but Fit denied this by stating that it was a random person who leaked the coordinates to Rusher by DMing him on twitter. The second conspiracy is that Fit is becoming a second Rusher as his fanbase continues to grow and brings more people to the server. This conspiracy made several oldfags turn against Team Veteran as he was becoming the exact thing that they were fighting against. When Fit returned to 2b2t in January 2017, he stated that most of these people are just remaining Rushers and people who hate him. 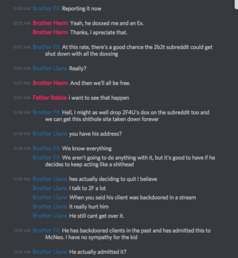 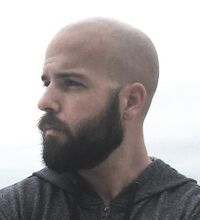 Fit was born in 1990. He was a science, social studies, and history teacher at an elementary school until May 2019.[4]

Retrieved from "https://2b2t.miraheze.org/w/index.php?title=Fit&oldid=51678"
Categories:
Cookies help us deliver our services. By using our services, you agree to our use of cookies.