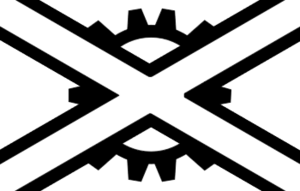 Team Rusher was a large group on 2b2t. It was largely decentralized, but TheCampingRusher was generally recognized as their leader. Their main goal was to defeat Team Veteran and earn their spot on the server, but they wished to do so without destroying any of the server's monuments. Team Rusher was one of the main groups during The Rusher War.

Some regulars of the server referred to those that joined during this period as Junefags.

Team Rusher was established when hundreds of people attempted to join 2b2t after TheCampingRusher released his first 2b2t video on June 1st, 2016. Several Veterans tried to stop the new players from escaping spawn by killing them and building obstacles. Despite the efforts of pre-June players, a few Rushers escaped spawn and began fighting back. Even though TheCampingRusher remained hesitant to grief, many Rushers who escaped spawn began griefing famous monuments, much to the frustration of the Veterans.

TheCampingRusher, noticing the Veterans' frustration towards his fans, declared war on them. This declaration began what is now called The Rusher War, a fight between Team Rusher and groups comprised of older members such as Team Veteran. Early in the war, Team Rusher failed to repel Veterans from spawn. The Resistance was formed in June 22nd separately from Team Rusher to oppose Team Veteran. The relationship between Team Rusher and Team Veteran was shaky with the groups being allied, neutral and at some points hostile. On July 24th, the 4th Incursion was announced, causing more Rusher casualties. Few Rushers had the materials, or capability to fight back to the Veterans. A common end date Team Rusher lost the War on October 9th, 2016, the date when Fit declared the War over, however the exact date is still controversial.

The Guardian Rushers were a sub group of Team Rusher composed of diamond Junefags, created by TheJadyha . It was supposed to act as the "elite" Rusher sub group. The group's goal was to help their fellow Newfags escape spawn, create sanctuaries, honor and protect monuments, and to kill Veterans . It also unintentionally acted as a diplomatic group as they have interacted with several other groups such as the Vortex Coalition and the Resistance.

The group was started by TheJadyha, a Rusher, on July 19th, 2016, when he posted a Rusher propaganda video. He made the group after he tried several times to get TheCampingRusher's attention (who did not pay much attention to him). The creation of the Guardian Rushers group was probably just another attempt to get his attention. The group succeeded in several of their goals during the Rusher War as they have helped several Rushers escape spawn and created sanctuaries.

Towards the end of the War, when NedaT was kicked out of the Resistance, the group began getting criticism as TheJadyha had been friends with Neda and still is. When NedaT created Team Aurora, a Pro-Veteran group, TheJadyha had still interacted with her, which made several Rushers mad with TheJadyha as he was aiding the enemy. Eventually, he made a video about the criticism and stated that the Guardian Rushers will remain neutral with Team Aurora and that if they attack Rushers, then they will be attacked by the Guardian Rushers. During the Rusher's first departure period, TheJadyha began to claim that he was taking leadership of the Rushers. However, he was denied this by the rest of the Rushers as the group belongs to TheCampingRusher.

When the Rusher War began to slow down at the end of the summer of 2016, Rusher left for about a month without any activity on the server which lead FitMC to declare the war over on October 9th, 2016. TheJadyha began to claim that he was taking Rusher's place as leader of Team Rusher. However, many were not happy with this, especially because of his interactions with Team Aurora, who were friendly with members of Team Veteran. TheJadyha stepped down and decided to leave the group in order to create his own, however, never did. Rusher would return and began posting videos once again, however he kept telling his viewers that these videos could be the last. His final video was on October 22nd, 2016, which marks the official end of the Rusher Period. Team Rusher is still somewhat present as Rushers still roam the server however it is highly unorganized and more of a classification rather than an actual group. Many Rushers have moved on to become much more powerful players on the server and are now scattered throughout.

Over time, the queue decreased from it's all-time high of several thousands of players. However, the very existence of a queue is an example of the continuing impact of TheCampingRusher's players on the server, as Pre-Rusher server numbers were only around 80. Several Rushers by this point have either joined other groups or made a name for themselves and have totally moved on from the Rusher fiasco.

On May 30th, 2019, Rusher made a brief return to 2b2t. This caused some commotion among the community, with several players that joined during the war willing to give support to Rusher. This prompted the player, cityboss1, to create a group known as the Rusher Resistance, as a spritual successor to Team Rusher, that would support and protect him. However, this would not last long as Rusher would soon leave two weeks later, causing the lifespan of the group to be cut short and disband.

The exact number of Rushers is unknown, but is likely in the hundreds.

Retrieved from "https://2b2t.miraheze.org/w/index.php?title=Team_Rusher&oldid=62283"
Categories:
Cookies help us deliver our services. By using our services, you agree to our use of cookies.