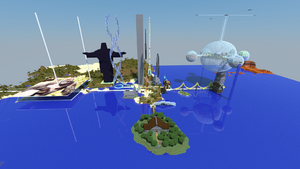 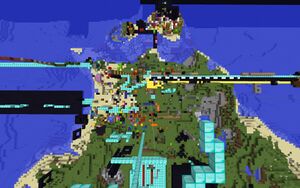 Redstoners "300k" Stash, Used by 30+ people from different groups. It lasted 1 year and was the main supply stash for the book club and bakery

Redstoner joined in September 2016, from rushers videos. He joined TeamVeteran unironically and was red-pilled the hard way later on.

In January 2017, he joined the group 'holy league' and based at Constantinople until it’s destruction in March 2017.

After the first donkey dupe, he started heading to the world border in April 2017. He arrived 1 month after the diggers had, and worked on ‘Austwitz’ a base on the world border about 500 blocks from Point Nemo. After about 2 weeks everything in the vicinity of Point Nemo was lavacasted by Babbaj. After an Elytra stunt fail in the world border nether hub, he died and was sent to spawn due to a bed breakage. Out of rage he stopped playing.

In July 2019 he came back and joined the Elysium group base. After building there for a while he discovered the bible crash exploit and proceeded to crash the server multiple times before it was patched. After making hause enable bookbanning to stop the lag, he joined the Book Club on October 29th and helped engineer some of the lag machines. Using his '300k' stash, book club members constructed househousehouse1™ server rapers.

After the spit-up of the Book Club, (When dq6 sold out to Hausemaster) He helped with chunk banning operations around spawn, ending up banning 0,0 nether with Jared2013

In April 2020, he started The Bakery. The joke came from when he was talking to steve3 and discussed reviving the book club as a new, even better meme. The bakery 'baked' newfags with furnace chunkbans around the bedrock comet and 0 0 overworld. He led the efforts for 2 weeks straight managing to organise dozens of players to build bans every 12 hours around clock. He managed the supply chain as well, with up to 2 dubs a day of furnaces needing to be flown in. He managed to ban 56 players personally and the bakery as a whole banned 326, plus an estimated 200 more from closing 0,0 overworld for 4 days. slightly beating their previous score of 400 as The Book Club

During the Bakery, He allied with The Infinity Incursion. Eventually joining them and participating in Operation Black Sky and The Lava Curtain projects, Providing footage of the former to Fit and making a video on it.

In June 2020 Redstoner was messing around with lag machines and found a reliable priority ban method, he used this to priority ban multiple people including streamer Jakethasnake52. The chaos this caused forced hause to rest most priority bans including Redstoners main account. 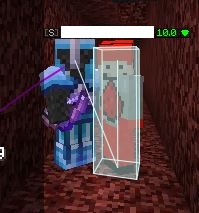