Purgatory 2 (also known as Purgatory II) was a short-lived large base built on 2b2t.org. Purgatory 2 construction started on June 1st, 2018, and was griefed on June 16th, 2018 following the BoeMeccan Witch Trials.

After the grief of Purgatory, the members of Builders Haven set up a temp base near the Z+ highway to build until the release of 1.13. Purgatory was constructed over 16 days. Before the grief, Purgatory was larger than several main bases on 2b2t. It boasted checkers tournaments, spleef games, an upcoming olympics, map art, and the beginnings of its own resource pack.

There was no plan to the base. Instead, the base was an collection of styles and ideas by many builders in a short time frame.

Purgatory and Purgatory 2, were managed by the project overseers Jonathan222 and Beardler, as temp bases for the members of Builders Haven.

Within the month of June, Beardler became infamous after griefing Boedecken and Block Game Mecca, alongside leaking jared2013's IP and (accidentally) leaked several unfinished bases that were on the The Museum. To obtain revenge on Beardler, members at BGM (note: Xdolf was not part of Block Game Mecca) obtained coords to Purgatory 2 and griefed the base. 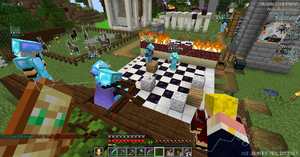 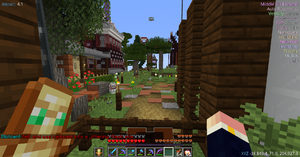 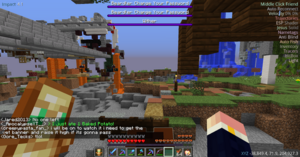 One of the first few builds started in Purgatory 2 was the ValleyOfWheat Memorial or the VOWm. xX_Regicide_Xx decided on a classic 2b2t VOW temple to symbolize the valley. He wanted to save a part of history that he had helped save many times at the original site. The inside of the temple was to be a ring with a garden around it with a weekly spleef game under the garden. Annual competitions would be held to remember the valley as we played our games under it.

A quarry started by 1Charlie3 which was added onto by Bloctagon, Magicex and Keat.

A build far from the rest, unfinished.

An unfinished shell of what could have been a splendid castle, alone in the forest.

A large clearing through a charming deep-set forest walk from the main town.

Retrieved from "https://2b2t.miraheze.org/w/index.php?title=Purgatory_2&oldid=61698"
Categories:
Cookies help us deliver our services. By using our services, you agree to our use of cookies.