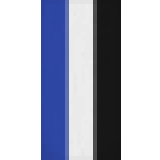 Omega City was a 2016 base mainly built by the player Caviyaz. It was among one of the biggest bases on 2b2t at the time, being about the same size as Wintermelon.

Omega City was founded in early July 2016 by Caviyaz. The base used to be a small outpost for Caviyaz and his friends to stay at so they could be close to spawn. However, the base grew increasingly larger and at some point, it became a proper base. After a few months, his friends left to build bases of there own, leaving Caviyaz with a whole base to himself. He started expanding and the idea of a group came to mind, a group that would not interfere with the general 2b2t community (nobody knows the group's name, but they are mostly referred to as "Omegans").

After a 6 month period of isolationism, Caviyaz invited the first outsider to the city. His name was mines and they met sometime before on The Lonely Island. After mines came to the city the place grew rapidly and some time later Caviyaz invited Enjoy and Niftyrobo.

Around may the city was fully terraformed and completely packed with housing and mega-builds. They ran out of land and had to start building into the ocean. Some notable buildings such as The Omega meeting hall, The Rainbow, The Statue of Liberty and the Cathedral were all built on this reclaimed land.

Elytras were enabled again in the middle of 2017, and due to the base being so close to spawn, some SpawnMasons found the base on accident (Hermeticlock, 0x22, and Babbaj). This wasn't much of an issue because there were several masons already at the base, and eventually Caviyaz would be made a mason. HermeticLock liked the place so much that he decided to stay and contribute to it.

On July 18, 2017, the city was destroyed by the players mrking039, CasualCocaine, and Pekee, who discovered the base via Elytra fly.

The base had a unique style because it was mostly made out of stained clay (Terracotta). This made the base very colorful. All builds in the city used the same style, creating a consistent theme. The roads were made out of default hardened clay (now terracotta) and there where a lot of streetlights, flowers, and canals. The whole city was suspended from the sea, resulting in very sleek walls.

According to mines, not a lot of the players are known but there are estimations the group is between 20~ members as of July 13 2017

Retrieved from "https://2b2t.miraheze.org/w/index.php?title=Omega_City&oldid=61654"
Categories:
Cookies help us deliver our services. By using our services, you agree to our use of cookies.