The Purge was intended to be the "spiritual successor" of Spawn Incursions. The term “Incursion” had been retired due to the failures of the 7th Incursion, the defamation of the term during the attempted 8th Incursion, and Sato86 calling for Incursions to be over. Since then, the community had tried to avoid using the term and declaring another similar event as the onslaught of new players joined due to the YouTube algorithm and sudden resurgence in Minecraft. When YouTube streamer Etika joined the server and continued streaming, the first phase of the Purge began when it was evident that a mass killing of newfags was unavoidable as Etika had declared war on the community. Despite this, as the Purge proceeded, a few people continued to call the Purge the 8th Incursion. 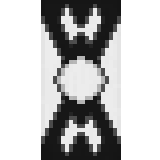 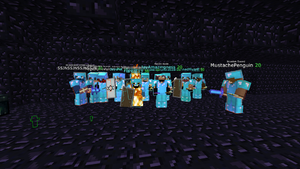 Several members of the Purge 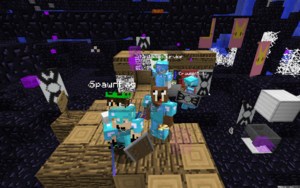 Retrieved from "https://2b2t.miraheze.org/w/index.php?title=The_Purge&oldid=52699"
Categories:
Cookies help us deliver our services. By using our services, you agree to our use of cookies.