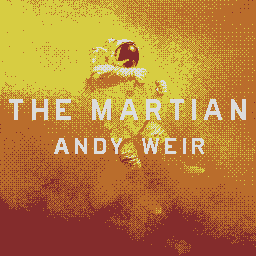 The Martian - by Ayrezz. An example of how the limited color palette provided by flat maps can still be used to create quality art.

A mapart is a physical structure built facing upwards in order to be viewed on a map. These maps can then be held or placed in item frames as art. Mapart may be made flat or staircased (3D) to provide a richer color palette. 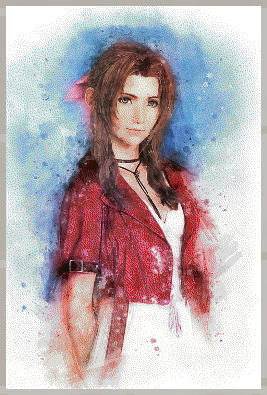 The Flower Girl - by KevinKC2014. An example of the richer color palette and more effective dithering provided by staircased maps. 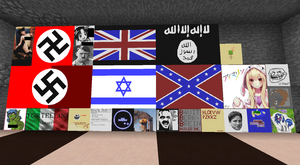 A wall of most of the more common maparts before the first reset in late 2016. Note that a few have been censored to keep in line with the guidelines of Miraheze, the 2b2t wiki's hosting service.

Although methods may differ in some cases, generally, the procedure to create a mapart is as follows:

Map artists and their maps have a long history on 2b2t. A major player in the documentation of this history is the Map Artists of 2b2t and their Discord server.[1] While this discord was created in mid 2017, the first maparts on 2b2t appeared as early as 2013. These early maps were mostly flat, 1x1 maps with few colors and easy to obtain materials, such as carpet. Carpet became the de-facto standard material for easy or beginner level maps, as Duplication Glitches that worked exclusively on carpets, rails, and other similar items remained unpatched for years, only being patched in late 2020. These duplication glitches allowed for the average player to create mapart, and thus, allowed for an explosion of new mapart in 2016.

With this explosion in popularity came attention. In late 2016, The 4th Reich used duplication gtlitches to acquire thousands of maps, filling all the 32,767 maps that can exist for a given world file. After the normal 32,767 maps have been used, non functioning negative map ids will begin to be created, which are practically useless. This can only be undone by creating 32,767 more maps, which rolls back the map count and allows new maps to be created again, although replacing any previously made maps of that specific id. This exploit is patched in 1.13 by increasing the map ID limit into the billions, but since 2b2t is slated to remain on 1.12 for the near future, these resets continue to be a problem and have occurred more and more frequently over time.

The Kinorana Map Crisis was a week-long event that began when Kinorana, a trader, changed all the maps on the server as a prank by first using up all the negative ids, and then using 32,767 more maps, overwriting existing map IDs with his own anime map, on February 25, 2017. This caused an uproar across the server and the players. Previously, maps could still be viewed and traded even though no new ones would work, but now every single previously created map was gone.

Prior to the prank, Kinorana contacted Hausemaster and warned him to save all map files so he could restore the maps if he wanted to. However, this was not done, and map files have never been restored after a reset on 2b2t.

On February 28, total havoc was released upon chat in the form of protests and riots against Kinorana's actions. Deathspammers began to ensue insults and flooded the chat with insults such as "send KINO to ISIS." The subreddit followed suit, and even family-friendly BibleB0t joined in the protest.

The drama ended on March 3, after another reset allowed new maps to be created. This event arguably led to the trend of frequent map resets that has continued to this day.

The wider 2b2t community is somewhat divided on the issue of mapart. With the advent of Baritone, many players argue that mapart no longer requires any effort, and thus, shouldn't be considered art. Many map artists argue that the art comes from the design process, not necessarily the actual building of the structure. Overall, most individual players are neutral on this issue, with a few outliers on each side.

Several specific maps are noteworthy because of their innovative nature, size, or the circumstances surrounding their creation. Pictures of these maps can be found in the Map Artists of 2b2t discord server.

Retrieved from "https://2b2t.miraheze.org/w/index.php?title=Mapart&oldid=58958"
Categories:
Cookies help us deliver our services. By using our services, you agree to our use of cookies.