The Legion of Shenandoah 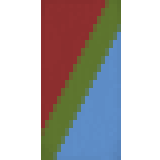 The Legion of Shenandoah was founded in June 2014 by members of the base Shenandoah (specifically EX0D1SS and _Henry_), which was founded a year earlier by multiple builders.

Founding members EX0DlSS and _Henry_ would gradually recruit out of spawn to continue the tradition of established players bringing new players to Shenandoah as a shelter, therefore bolstering their numbers (this ideology was later seen to have flaws in it by recruiting the wrong people).

The formation of the Legion was inspired by contact with members of Valkyria during and following the Second Incursion. Connections between the two groups established by _Henry_ led to a union between what was left of Fenrir/Nova and the Legion, coming together for the first time at Asgard II alongside other groups in the merger. The two groups worked in close collaboration from this point forwards, yet still retained their individual identities. The group's symbol is a Dragon with open wings, similar to the eagle, and their banner is a single diagonal string of green separating red and blue sides.

Retrieved from "https://2b2t.miraheze.org/w/index.php?title=The_Legion_of_Shenandoah&oldid=63678"
Categories:
Cookies help us deliver our services. By using our services, you agree to our use of cookies.