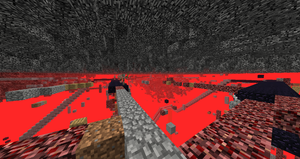 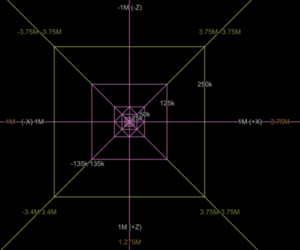 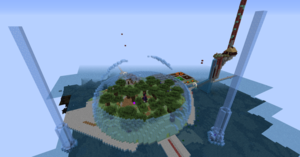 Highways are the primary infrastructure on 2b2t. Highways have been in use since the earliest days of the server, however, the Nether highways only became the primary travel method after the Nether Roof was patched in 2013. 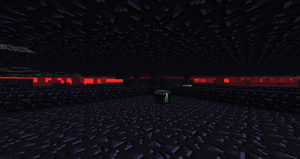 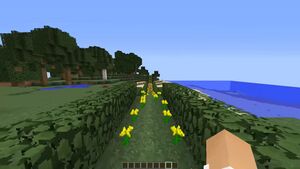 Created by ChadDX from 2012-2014. They were placed at 400 block intervals in a grid pattern centering on The Spire, although they have fallen out of use in the present day as a result of, at first, rampant lavacasting, and after October 2020, the Water Cube. .

The Highway System is made up of 4 main highways connected to 0,0 nether, as well as the diagonal highways. They include:

The Highways usually are 6 blocks wide with guardrails on each side in the early stages. As they branch off, however, they become shorter, into 4 block wide highways. Diagonals are 3 blocks wide usually all-around, although some are unorthodox in how they use mass amounts of obsidian near spawn to protect them from griefing.

The diagonal highways extend from 0,0 in each of the four diagonal directions (northeast, northwest, southeast, southwest) to the Overworld world borders. Diagonal highways are 5.3 million blocks or 5,303 kilometers long.

Ring roads are roads created and maintained by the Motorway Extension Gurus (MEG) and the Highway Workers Union (HWU). They connect the highways at various intervals, including the 1k, 5k, 10k, 15k, 25k, 50k, 125k, and 250k ring roads. Some of these are still under construction, however, and it is recommended you look at the map for reference. 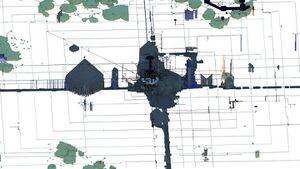 Retrieved from "https://2b2t.miraheze.org/w/index.php?title=Highways&oldid=57095"
Category:
Cookies help us deliver our services. By using our services, you agree to our use of cookies.