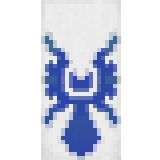 Banner of Highland
The Highland started as idea in late February of 2017, between The_Grand_Lotus and CasparovJR. Its stated goal is providing a better experience for players while staying independent and neutral to affairs of other groups. Highland is notorious for providing newfags with items such as golden apples and max enchant armor and is therefore blamed for enabling chat cancer and spawnfaggotry. Highland currently uses no dedicated chat bot accounts, but some members (most notoriously The_Grand_Lotus himself) use chat-spammer features from cheat clients to compensate.

It was stated by The_Grand_Lotus that Highland's membership shifts both due to members being kicked out and due to them leaving and that members of the Highland understand not to become too attached to individual players, as they can stop playing at any time. The Highland agenda is not public, but it's stated goal is to continue providing a better experience for players in general.

The group has a discord role system that starts out with Vassal, proceeding to Highland and then further, private promotions to Sergeant, Chaplain, or Knight. These roles are modelled after the 11th century Templar. The group also has a role for Non-Highland participants, which is a general 2b2t chat channel available to all players. Voice Channels include 2B2T, Highland, Great Hall, and Round Table.

Due to CasparovJR being invited to the SpawnMasons (after being a part of the Infantry Base and getting noticed by HermeticLock) and after a major disagreement with The_Grand_Lotus, he decided to leave for a better future on the server. The Highland, without him, is now notorious for many of the things mentioned above, and is much more of a Crystal PVP group.

Retrieved from "https://2b2t.miraheze.org/w/index.php?title=Highland&oldid=60268"
Categories:
Cookies help us deliver our services. By using our services, you agree to our use of cookies.