Headpat Main Base 1 was the first official Headpats4All base, founded on September 16th, 2019 by Princess and Triibu. It was leaked on December 5th 2019 by BGP and OpWolfy when the coordinates were leaked due to a better discord exploit. 4 people showed up.

Headpats4All Christmas base was the third Headpats4All base, founded on November 30th, 2019. It would be active until January 4th, 2020 after Christmas had passed. It was blown up on January 9th, 2020 by Nucleus. The base was occupied by twelve players.

Point Pat was Founded on March 22nd 2020 and had over 30 people show up. The base was home to three map arts, while being only 50k away from spawn. It was found and griefed on June 27th by Jakethasnake52 during his several day livestream. He burnt all the map arts, but Jadestrouble was able to fix the minor damage on only the Point Pat Signature Map. 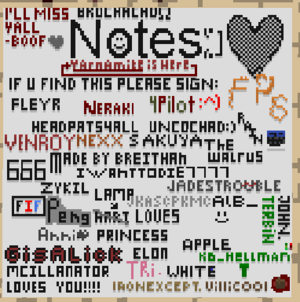 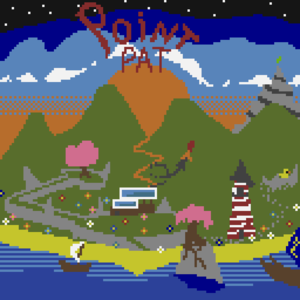 The Point Pat Signature Map was the map art with the most collaborations, having 37 sperate people contributing.

The H4A Spawn Museum was located underneath Point Pat. The Museum had over 100 banners displayed and 178 unique Map id's, along with other with several important artifacts from members of the base's history.

Swaglicously Pog End Base was created July 7th, 2020 out of inspiration from Krobar01's Endcursion the base was inactive after August 22nd, 2020 due to an elytra nerf by the server administrator. The base was home to one of the first map arts in the end, "Dream No More", built by Nr1Princess and NotConsentualsex. 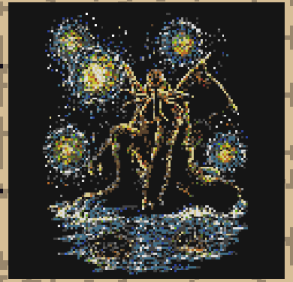 "Dream No More" One of the only maparts in the end.
Retrieved from "https://2b2t.miraheze.org/w/index.php?title=Headpats4All&oldid=58812"
Categories:
Cookies help us deliver our services. By using our services, you agree to our use of cookies.