Goodwill Trading, was a trade group with the purpose to collect and sell items, books, maps, banners, and everything else that makes 2b2t special. The group tended to remain neutral and sold to any customer. 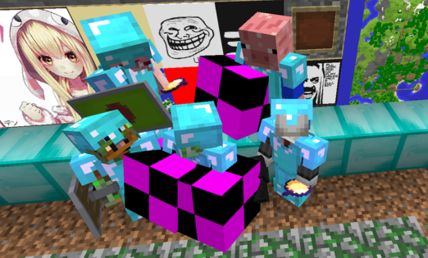 No new members were ever accepted into the group after the initial group split of from the Blind Eye Clan. The reason for never accepting new members was that the group did want to add risk to the base getting leaked.

Retrieved from "https://2b2t.miraheze.org/w/index.php?title=Goodwill_Trading&oldid=58889"
Categories:
Cookies help us deliver our services. By using our services, you agree to our use of cookies.