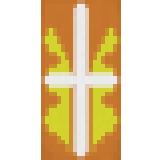 Builders Haven was a large build and collaborative project attempted by various players. The efforts failed due to insiders and structure issues. It was founded by Beardler on May 25th 2018 (kicked out after Purgatory II grief) and managed by Jonathan222, 1Charlie3, Bloctagon, HawkedOnFonix, and Xx_Regicide_xX.

At its height, the project had 53 members. The project was abandoned in August 2018, at which point the group had 20 active members.

On May 25th 2018, Beardler created a channel on The Builders Guild (Museum recruitment center until Jonathan222 gained ownership perms) called Builders Haven. The original idea was to gather all of the known builders across 2b2t.org to work on one base called Haven that would span a 1000x1000 block region across 25 different biomes once 1.13 was released. Worried that the project was open to anyone in the Builders Guild, Jonathan222 created a separate discord server for Builders Haven. Beardler and Jonathan222 managed applications of players in the channel. Within one day, the server reached 20 members.

On May 28th 2018, 1Charlie3 had the idea to create a tempbase 50,000 blocks away from the former Haven coords. The small underground dupe stash would turn into a large hub of underground builds, dupe stashes, and villager farms. The base was soon named Purgatory. It would last only 4 days before Lifeisgood72 griefed the base on June 1st 2018. Lifeisgood72 also compromised the coords to Builders Haven, resulting in the project switching to a new location.

Around 30 minutes after the grief of Purgatory, the members at Builders Haven moved to a farther location. This base was originally called Purgatory Remastered, but was changed to Purgatory 2 (also known as Purgatory II). This base lasted longer than other Builders Haven tempbases, lasting 16 days. Around 20 out of the 53 members were active at Purgatory 2. It boasted checkers tournaments, spleef games, an upcoming olympics, map art, and the beginnings of its own resource pack. On June 16th, 2018, Xamio leaked coords to AutismBot, m_o_t_h_r_a, and Xdolf. It was then griefed by members of the Shortbus Caliphate as revenge for Beardler's actions. (See: BoeMeccan Witch Trials) The subreddit exploded with posts saying "BEARDLER BASE BTFO". Following the grief, Beardler was kicked out for his actions, Bloctagon, 1Charlie3, and HawkedOnFonix were promoted to project overseer, and a multitude of members were kicked for little to no activity.

Purgatory 3 was a meme base that lasted for 30 minutes at (0, 0) to troll spawnfags.

Also known as Mesa Purgatory, Purgatory 4 was founded after Keir/Skerge and Bloctagon wanted to find a new spot for a temp base. It was only about 5,000 blocks away from where the group was already stationed, so it was a convenient distance to travel. Notable builds included the quarry, Bloctagon's futuristic tower, HawkedOnFonix's house, and 1Charlie3 and BigBat's desert casino (unfinished). Many builds used a quartz, blue and green stained glass color palette due to the abundance of those blocks in the dupe stashes.

Keir/Skerge leaked the coordinates to Xdolf, who arrived on an alt (TheBronyOf2b2t), and griefed the base after battling the base members. After the grief, the members of Builders Haven moved on to build Exposition.

Also known as Purgatory 5, Exposition was the final Builders Haven tempbase. After the grief of Purgatory 4, R2bEEaton decided to change the name of the bases since "Purgatory" was getting old, and the new name was voted on and chosen. Exposition was founded on June 23rd, 2018. This tempbase was located on a Mushroom Island with smaller and denser builds. Notable builds included HawkedOnFonix's End City tree, BigBat's lighthouse, 1Charlie3's Billy Joel map art, Bloctagon's library, and the Exposition Writer's Guild founded by Cloverfrost and 1Charlie3.

The base was leaked and griefed the morning of July 16th 2018. After the grief the members with higher ranks formed the plans to start a part of Builders Haven in the nether and wait for 1.13 to be released.

After the grief of Exposition, the base overseers came together and planned out how to deal with the unknown grief situation. The plan was to separate the inactive and active and invite the inactive players at a later date. The active members traveled to dedicated coords Jonathan222 planned. The base would be built in a plains biome and used as a stash for the Builders Haven group. Notable builds included OldFreeWilly’s mansion, HawkedOnFonix's futuristic floating island, Cloverfrost’s miniature recreation of Exposition, R2bEEaton's skeleton horse stash, a small gazebo used to store various kits, a parkour course, and a villager breeder. 1Charlie3 and many others duped for days using the donkey dupe to create a large stash.

These are all of the members that have participated/formerly participated in the Builders Haven.