The Brotherhood of Diamonds is one of the oldest groups on 2b2t, even being described in early issues of THEJudgeHolden's comic. It existed from sometime in 2011 (from the finding of their founding base) or possibly 2/6/12 (an alternative founding date) to sometime in 2012. Their activities mainly consisted of distributing diamonds around spawn, and helping newfags. 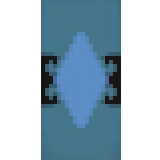 The Brotherhood was founded by the players MasterV, Urue_101, and Flamereaper666. It began when MasterV discovered an abandoned base along the -X Axis Highway. He and his two friends decided to rebuild the base, and they found a diary titled "Caveman's Log" within the base. It was assumed that the writer was the original owner of the base. Eventually, the three got the aid of Sleeprocket and an unknown player to rebuild the base. After Urue_101 fell into lava in the Nether, MasterV collected his gear but was attacked by a then-infamous pvper, LovesTwoSplodge. MasterV successfully escaped Splodge. Immediately after this encounter, the group founded The Brotherhood of Diamonds

The group's activities were localized within the spawn region, mainly to fix/terraform spawn, and help newfags. The group also helped xcc2 and x0XP defend the NFE from a raider group known as the Vikings/Dutch.

The Brotherhood however suffered several base griefs, causing members to leave the server and whittle the group numbers down to nothing.