Avalon City, also known as the City of Peace, was a base founded by AwesomeGuyMonkey. The base consisted of several sections, where each one was connected by railroad. The base also included a zoo, an airport which was most likely used for piston contraptions, villager "hotels" where players could trade with villagers, and boat harbors and several farms. Other small bases were built on distant shores (as Avalon was built in the middle of the ocean) for resource gathering.

Avalon City was founded sometime in 2013 during the Third Incursion . It was started when AwesomeGuyMonkey left spawn to create a city that would serve the purpose of being a sanctuary for wandering travellers on the server. The base's name is a reference to Avalon, the place where Excalibur was forged and King Arthur healed from his wounds. In order to show the intention that the base was for travelers to stock up on food and gear, heal, and rest, players were allowed to enter this refuge if they came in peace and left hate and violence at the door.

Because Avalon was located on an axis highway, griefing was an issue. In 2015, the -Z Axis Highway in the Nether had been extended to -125,000 (-1 Million Overworld) meaning access to Avalon was easy. Avalon was first majorly griefed in December 2015, with continuous minor griefings happening over time. 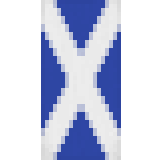 During The Rusher War it was griefed by YouTuber BenMascott as he believed it was a Veteran base and must be destroyed because of his allegiance to Team Rusher. It was restored a day later by two other YouTubers Target3DGaming and TheJadyha. Since then Avalon has been destroyed, repaired and restored numerous times by various players.

AwesomeGuyMonkey made a series of guest posts on James_Rustle's 2b2t blog, detailing the history of Avalon, its construction & its inhabitants. You can read them using the links below. 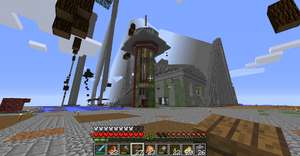 Retrieved from "https://2b2t.miraheze.org/w/index.php?title=Avalon_City&oldid=49898"
Categories:
Cookies help us deliver our services. By using our services, you agree to our use of cookies.