Opposition to Spawn Incursions existed way before the first centralized Anti-Incursion, and it dates back to the very first Incursions. Some of the players who didn't get along with members of the Incursion were a main force against them, as well as previous members of the Incursion who were kicked out and appeared on the KOS list. An example to such opposition can be seen in the attempted attacks against Wrath Outpost during the 3rd Incursion, which forced the Valkyrians to react and defend Wrath against any foreign forces, as well as traitors, such as members of Nerds Inc or players who betrayed the Incursion.

During the 4th Incursion and Rusher War, a successful raid against the Resistance weakened the opposition, while other opposing groups such as the Peacekeepers were not seen as major threats. The 5th Incursion, however, was unable to stand against those outside forces, and Team Aurora led by NedaT was able to erase all progress made on the Spawn Obsidian Wall built by the Incursion.

They attacked the Great Spawn Wall and destroyed much of it, while also killing incursion members at spawn and gearing new players who joined from AntVenom's video. They successfully prevented the Sixth Incursion from finishing the wall up to y256, and griefed it in a way that turned it into "swiss cheese", allowing new players to avoid the wall easily and to escape spawn. Thousands of withers were spawned by the Anti-Incursion at the wall. Battles between the Anti-Incursion and the Incursion also happened, including the infamous battles of the Northen and Western walls.

There isn't a consenus on whether or not the Anti-Incursion defeated the Sixth Incursion, because despite the failure of the wall, and the fact that the incursion couldn't keep up with repairing the severe damages done to it, many players still see the incursion as a success due to the fact it managed to unite many groups of different backgrounds to work on a single project, and it also pioneered several concepts such as slave labor. 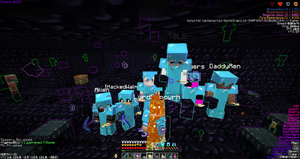 Members of the first Anti-Incursion

Attack on the French Fryer

Armorsmith, Gambino, RusherFag and memebrs of Armorsmith's Followers, who weren't a part of the centralized Anti-Incursion, contributed to its progress from the outside by attacking the trench crew which was led by ThebesAndSound, and stopped them from building the lava wall (until its final completion years later by the Infinity Incursion).

After the original Incursion disbanded, the Anti-Incursion became way less active, they remained like this during jared's Incursion Reloaded that was to last until the original incursion end deadline but ended one day prematurely due to jared's attempt to inside the Emperium. 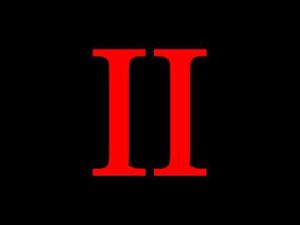 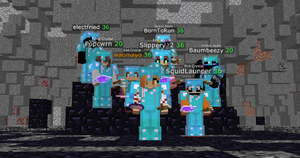 Members of the second Anti-Incursion 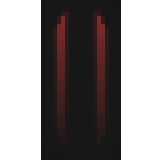 Similarly to the first Anti-Incursion, the second concluded with inactivity and a day after the Purge ended, this time with the discord being deleted. The members later moved to a new group known as Epoch.

Retrieved from "https://2b2t.miraheze.org/w/index.php?title=Anti-Incursion&oldid=60205"
Categories:
Cookies help us deliver our services. By using our services, you agree to our use of cookies.