The Anarchy Links Hub (Also referred to as ALH) is the second biggest discord archive in the Java Minecraft anarchy community. (Second only to the 2b2t Media Archive) 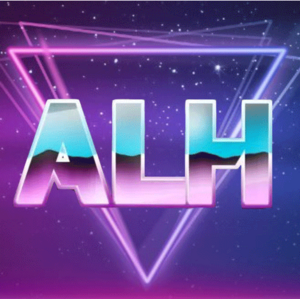 It was made on January 25th of 2020 and is owned by GamingDerp91. (Also commonly called "Derp") While the Anarchy Links Hub is the second biggest discord archive, it covers more of the community. With an expansive list of almost 60 different anarchy servers, including 2b2t. The Anarchy Links Hub had a peak user-base of over 1000+ members and is rapidly growing by multiple means of marketing.

Leading up to the creation of the Anarchy Links Hub, GamingDerp went down a rabbit-hole of 2b2t related servers. This gave him the idea of creating a giant hub for all anarchy servers to use. An idealistic place to connect with other community members, and a way to map out an entire anarchy server's community! GamingDerp shared the idea with his close friend, TheWhiteWolf, who agreed that it could be a good idea.

The server that Anarchy Links Hub is on, is not the original server. The original server (as it's said in the server's info channel) was made on January 25th of 2020. After GamingDerp's account got disabled, he made a second account called "GamingDerp-2", his admin "Stevie" gave him the "Slave" (The role for the bots in the server) role so he was still able to work on the hub. Eventually, GamingDerp got tired of not having the owner rank, and since the Anarchy Links Hub was still at around 100 members, he decided he would re-create it and make some improvements. Later that week he deleted the original server after enough people had moved to the new one.

Ever since the Anarchy Links Hub opened its doors, it has grown immensely. About 200 new members join every month, and more are still coming in. Luckily it's not that hard of a server to manage, since GamingDerp has a lot of experience owning, running, and being a mod/admin on discord servers. The help of his great staff team also keeps the server secure. While the growth of the server was not unexpected, the pace of it was. GamingDerp had to put up a verification channel on April 6th of 2020, because multiple people have tried to raid the server. Although they were all unsuccessful due to the use of the bots in the server and the handy "Ban" button. Anarchy Links Hub is expected to grow way beyond just 1000 in the next year or so, because of it's usefulness and openness to the public. In May 2020, the Anarchy Links Hub was compromised by an administrator which put multiple setbacks onto the Archive’s growth.

While the discord server may be a bit big. The staff team for it is not. "Having a small, dedicated team is better than having a bunch of randoms only modding for clout." -GamingDerp

Here is a list of all the staff team members' discord usernames. The server likes to keep with the theme of the place being some sort of library, so it's roles are based on that. "Head Librarian" is Owner, "Records Keeper" are Admins. and "Enforcers" are the moderators. But for simplicity, this will just use the normal terms. Two of the 'OG' staff members are Stibi and TheWhiteWolf.

The Anarchy Links Hub does make profit off of what it's doing. Not by adding every server it can possibly find though. In the "prices" channel you can see everything the hub sells and for how much. (Everything is priced at a respectable level)

To keep track of where the money is going after it's all collected, the management team (Owner and Admins) have made a Google Spreadsheet to sort everything out. It is updated every time a payment comes in, and any money left over from the month before gets added into the current month. You can see it in the picture down below.

A: Here is a special link to the hub!

Q: How do I get my server added?

A: Just DM GamingDerp with your server's link and it'll be added!

Q: How do I become a moderator?

A: Just go to the application channel and apply, although most times we don't have any spots open.

Q: Why should I join the server?

A: Well, the Anarchy Links Hub has everything you could need for anarchy, clients, servers, texture packs, youtubers, and more!