The server and forums started to shut down around late 2012, with everything shutting down completely by 2013. 2f2f's forums stated that the server and forums were seized by law enforcement for running an illegal gambling operation, but this was a joke by floor_master, indicating that the community was more or less gone by that point.[6]

The original 2f2f server briefly returned in 2018, with the same IP and floor_master as admin. 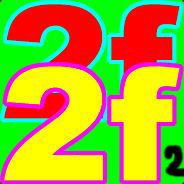 Many archives of the forum's user list can be viewed here.

Retrieved from "https://2b2t.miraheze.org/w/index.php?title=2fort2furious&oldid=62276"
Category:
Cookies help us deliver our services. By using our services, you agree to our use of cookies.