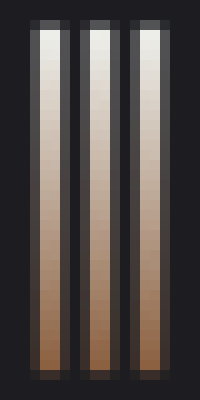 The Backstreet Boys (BSB) are a group founded and lead by digandbuilder (DigMC) and iMems after digandbuilder was kicked from the Astral Order and iMems left. The name and ranks of the group are roadman themed (look in the urban dictionary if you don't know what a roadman is). The Backstreet Boys seek to have fun on 2b2t as much as possible, be it by griefing bases, building bases, hanging around at spawn to kill players, or build concentration camps a group tradition. The group saw a rise in popularity in early 2019, griefing many bases and even starting a small conflict with FelixElNoob's Legion G4MEMODE which they won as well as helping out with the early 8th incursion gaining them a small influx in members. The Backstreet Boys and the Emperium are currently very hostile towards each other.

Since the creation of the Backstreet Boys a supposed "war" has been going between the Backstreet Boys and the Astral Order. The two groups both hold a disliking towards one another due to the actions of jay and Galvatron. In December 2018, a player called Ethan5914 (a friend of iMems from the 7th Incursion) found an Astral base and sent coordinates to iMems and Dig. Dig streamed at spawn during which him and a few others, including iMems and Ethan, went there. SteamPunk and DanThePokemario spotted them and reported it to the Astral council but as DanThePokemario was also in the Backstreet Boys. He would be kicked out of the group as a precaution due to having coordinates to their base. DanThePokemario was annoyed at this, so he leaked coords to the group's base which would be griefed at the orders of jay., In retaliation to the Backstreet Boys spawn base getting griefed, iMems, OpWolfy and Cityboss1 griefed the Astral Order's former main base, Lugdunum. The Astral Order would go on for a few months after this until unoffically disbanding due to inactivity caused by the drama.

During the BSB's rise in popularity and "relevancy" in early 2019, TheDark_Emperor became very worried about the growth in what he originally thought was an "irrelevant" meme group and saw it as a potential threat as they were obtaining coordinates to and griefing several bases at this time. The BSB had also griefed the base of a loose ally of theirs, Legion G4MEMODE, which really damaged the possibility of any potential relations with the group. Emperor sent numerous insiders into the group, all of which were failed due to incompetency of the leadership and insiders, with two even being prior members of the Emperium with flimsy excuses as to why they left the group making their insiding attempts fail miserably, the ones who weren't prior members just did a genuine bad job because the Emperium at the time were very desperate for new members. Nothing much actually happened between the two groups for several months and it was in a way a sort of cold-war. This changed after the higher-ups in the BSB staged some inside drama with BachiBachBach who already was developing close relations far outside the group even with members of the Highland (a group unfriendly with BSB) and this was seen as a perfect opportunity to justify an argument resulting in him leaving and him reforming the 8th incursion into the Infinity Incursion. The Infinity Incursion would develop ties with the Emperium and an alliance of some sorts. The rise in tensions between the BSB and Emperium escalated when the BSB griefed an Emperium end base and the BSB gave the ok to Bachi to give them a meme base of theirs which the Emperium griefed claiming it to be a BSB headquarters when it wasn't, this was done in order for Bachi to gain Emperor's trust a bit more, the very reason why the Emperium wanted to ally with the Infinity Incursion. The BSB decided to have some fun and mess around with the Emperium by leaking a iMems' fake dox which the Emperium believed and more fake information which they fell for and got more insiders into the group even getting the insiders working for them to give the Emperium actual stashes as a way of gaining their trust. Unfortunately the insider who did this defected to the Emperium's side and confessed to their previous allegiance, this also meant that Bachi's position was discovered as well setting the BSB back a bit.