The SpawnMasons is a group founded by HermeticLock with the help of Jumbo_Warrior in January 2017. It lasted until August 6th of 2017, then was brought back and has been active since early September of 2017 to the present day. It is one of the more secretive groups on 2b2t, and does not often interact with the majority of the server's community. They own and operate The Archive (server).

The SpawnMasons were created by HermeticLock and Jumbo_Warrior, and the group imitates its real-life counterpart, the Freemasons. The SpawnMasons conduct an initiation ritual and, like the Freemasons, hold meetings to discuss group business. The group expanded quickly, and easily became one of the most notable groups on 2b2t. 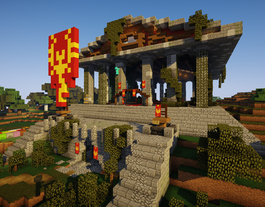 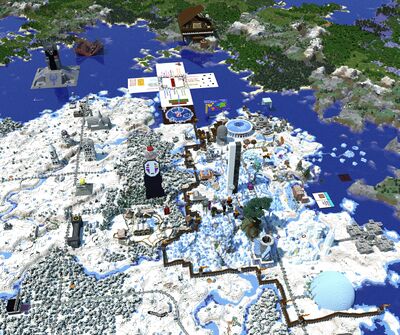 Concluded bases during this era are Club-33, Autistralia, Smibville, Photosynthesis and COVID-2147. The most significant among these was Smibville, which was founded by ufocrossing and had nearly all active players build there.[3] Spawn projects included Cloud Club, The Masonic Eclipse, lead by leijurv and Hermeticlock in late 2019, and the Transmutation Circle, lead by Negative_Entropy in early 2020. The SpawnMasons are also intertwined with the 2b2t Party Committee and helped out for construction of Halloween and Christmas villages. Member Terbin set up a private lodge archive that later turned into a full museum-like server, hosted on archive.spawnmason.com.[4] Memorable lodges are BoomerangVillage's Loo lodge, Negative_Entropy's Northern Air Temple, Scribblefox's Courthouse, BottleCapBrony's Cloudsdale PVP arena, Jordanl666's Initiative Testing, the 100th lodge and Breithan's Mirror lodge, 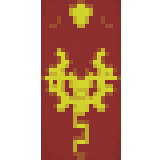 Retrieved from "https://2b2t.miraheze.org/w/index.php?title=SpawnMasons&oldid=49555"
Categories:
Cookies help us deliver our services. By using our services, you agree to our use of cookies.