Crimson Star (also known as just Crimson) was a group created by B0dait, Fierceben, HurtMercury, and y_a_t_a, on the 21st of August 2020.

Crimson Star was founded after a Fight Club event on the 21st of August, 2020, when B0dait, Fierceben, HurtMercury, and y_a_t_a remained in the voice chat over 3 hours after the last arena had concluded. They found this humorous, and decided to start a group largely as a result. 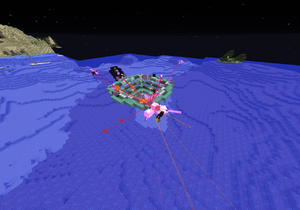 The group's first move was a joke build at 5k 5k nether, where they put grass on the highway and built a small collection of buildings while waiting for several new members to come to Crimson Star's first real project: a rebuild of Base Nostalgia. 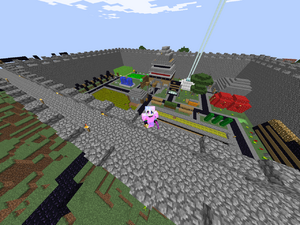 The first big project that Crimson did was a rebuild of Base Nostalgia. The project was short-lived,although the group more than doubled in size through the course of the project, with I_tri, crzychris, commudos, stickmanmatt21, and Coxinator2 joining the group throughout the project's scope. The rebuild had only lasted a week when the project was griefed by Lurr, who did so because he felt the project was "larp." 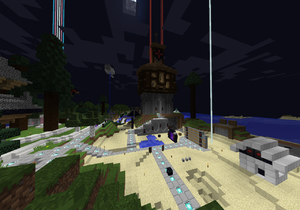 Though hopes were high for the next base, the group's strength was severely diminished, both as a result of post-grief depression, and commitment to the 10th Incursion. Transylvania was the next base, and although it was progressing slowly, several dedicated members were still building there. The Phobos Leak compromised the base; Transylvania was abandoned. The next base was Ejaculation Station, but it was dead on arrival. Almost no one showed up to it.

In an attempt to boost group participation, another rebuild project was announced: Boatmurdered. The rebuild was swiftly concluded, and with that, tensions between the founding members of the group boiled over; and y_a_t_a and b0dait left the group, and fierceben was demoted.

Although the group had split up on paper, everyone stayed friendly. Most of the members joined multiple (or all) of several groups, those being Fate, WE_TRI, Chromosome Star, and Shortbus Caliphate. Each group had its own projects, but all of them shared the same large pool of mutual members. WE_TRI and Chromosome Star were both short-lived, but fate continued several Crimson projects, namely: the two farther bases: Hyperfate and Acropolis, and a spawn base: Lateott.

In late November, 2020, a second, far more successful Base Nostalgia rebuild was conducted with kingoros. 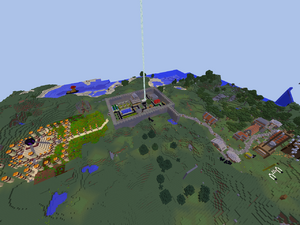 The second Base Nostalgia rebuild

Throughout November and December 2020, many former Crimson members also participated in a rebuild of The Drain, known as The Autumn Drain.

Retrieved from "https://2b2t.miraheze.org/w/index.php?title=Crimson_Star&oldid=49017"
Categories:
Cookies help us deliver our services. By using our services, you agree to our use of cookies.