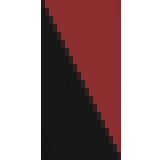 The Soviets' banner
The Communist Party of 2b2t (CP2B), commonly known as The Soviets, was a group formed under the goal of purging 2b2t of fascist imagery. It was founded by the three original Politburo members: Valitov, Keat, and Lyanov; a month later a fourth, Virl, joined the Politburo for his commendable actions. The Soviets were notably the largest communist party on 2b2t, and a member group of the United Group Embassy.

The original concept for The Soviets was created by Valitov in June 2017. A Discord group for building a gulag to imprison newfags served as the meeting ground for Valitov and other communists. Notable members Keat, Lyanov, and Konotsu met here for the first time. In June, a new group of harder communists and less cancerous players came together to form a politburo.

The Soviets came together under the official name of the Communist Party of 2b2t, with more members joining to follow the movement. The party received aid from The Companions in the form of better gear and food to assist in their trek out of the Spawn area.

The party served the Southern Canal Corp in building over 10,000 blocks of the canal in exchange for more supplies and goods. While expanding the canal, the first Soviet base was established, named Augustana, later renamed the Augustana Commune. The fourth Politburo member, Virl, was added at this time for his contributions towards the commune and party.

It was not long before their base was discovered. With a new base in need, Virl led the expedition to the millions to establish a new base, The Citadel. This base later came under attack from an Emperium raid. Fortunately, advance warning of the raid was gathered from insiding, allowing a pre-emptive evacuation of all valuable materials and relics. The group eventually went inactive in late 2018.